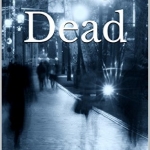 The girl who stole my book: How Eilis O’Hanlon found out her crime novels were swiped by a stranger  – For those who don’t read the comments to the news posts, “Anon” provided a link to this story in the comments to yesterday’s news post, and I think it deserves ... more >

Don’t Do This Ever (an advice column for writers): Plagiarism Warning edition – Laura Harner has apparently “written” 75 books in the past five years. I quoted “written” because some of them, at least, appear to be versions of m/f books by Becky McGraw and Opal Carew (and perhaps others?) that change the ... more >

Facebook Loses Appeal on New York Search Warrants – A very significant ruling around the issue of legal standing in regard to whether social media sites like Facebook have the right to challenge search warrants served on their customers. The court held that only the defendant can challenge the warrants, ... more >

Update on the STM Plagiarism Case – You may remember Rachel Ann Nunes’s post about being plagiarized and then harassed by the person who allegedly plagiarized her book, A Bid for Love. In this case, plagiarism also amounts to an infringement of copyright. I am so excited to report that ... more >

Monday News: Hachette V. Amazon plus a dash of plagiarism

Making Sense of Amazon-Hachette – Of everything written and posted about the Amazon — Hachette battle, this made the most sense to me. Kerr talks about how Amazon’s persistent discounting has made ebooks the kind of product that no other company wants to build a business on, especially since Amazon ... more >

Google and Barnes & Noble Unite to Take On Amazon – New York, Los Angeles, and San Francisco are now test markets for the new partnership between Barnes & Noble and Google that promises same-day delivery to customers. The approach is more personalized, with couriers who actually go to the ... more >