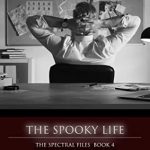 Review: The Spooky Life (The Spectral Files #4) by S.E. Harmon

Rain Christiansen isn’t sure he’ll ever fully understand the supernatural. But he’s finally finding his groove as a reluctant medium and cold-case detective. That’s not to say everything is going smoothly—there’s a wedding in the works, after all. He’s finally taking that enormous step with fellow detective, Daniel McKenna, and ... more > 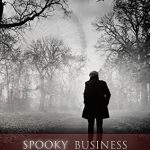 Being insatiably curious is a good way to end up dead. Rain Christiansen, cold case detective and reluctant medium, is very aware of that fact. But when infamous serial killer Thomas Kane wants to meet, there’s no way Rain can say no. He also can’t refuse Kane’s offer—find his missing ... more > 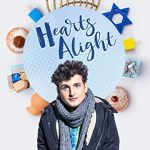 Dave Cunningham hates the rampant consumerism that’s come to dominate his family’s Hanukkah celebrations. But a chance to bring a bit of a holiday happiness to his long-time crush, Amit Cohen, helps put him in a more festive mood. In the quest to craft the perfect gift, Dave tries to ... more > 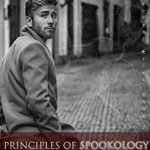 Review: Principles of Spookology (The Spectral Files #2) by S.E. Harmon

No one said being a medium would be easy. Rain Christiansen, former FBI agent and current cold case detective, is starting to think it’s the hardest job he’s ever had—and the most important. He’s determined to accept all the changes in his formerly well-ordered life, but that means embracing a ... more > 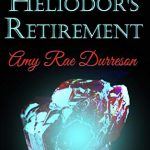 Lord Adem Heliodor might have survived the Screaming, a magical attack which slaughtered his friends and colleagues in front of him, but his struggle to recover his nerves sees him forced into early retirement. Returning to his childhood home in the countryside, he isn’t expecting to find missing information about ... more > 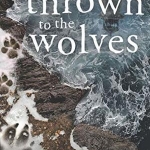 When Agent Cooper Dayton agreed to attend the funeral for Oliver Park’s grandfather, he didn’t know what he was getting into. Turns out, the deceased was the alpha of the most powerful werewolf pack on the eastern seaboard. And his death is highly suspicious. Regardless, Cooper is determined to love ... more >