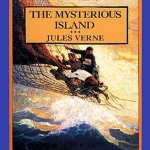 Five Union prisoners escape from the siege of Richmond in a balloon, are blown off course and crash on an uncharted island. They must learn to rebuild a society for themselves while awaiting rescue. Review: Dear readers, Even after living in the US for two decades, I cannot quite figure ... more > 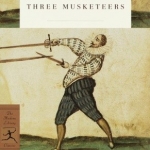 When d’Artagnan goes to Paris to become a Musketeer, he embarks on a swashbuckling adventure with the legendary Porthos, Athos, and Aramis. If they wish to trump the nefarious Cardinal Richelieu, it’s got to be “all for one, one for all.” Dear readers, Some time ago Robin posted an ... more >

In the year 2301, the wealthiest man in the universe is determined to commit murder in a world in which telepaths are used to detect possible crimes before they can happen. Review, Dear readers, Recently I have been thinking about some of the books which I first read when ... more > 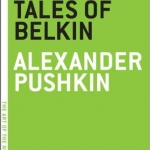 Ivan Petrovich Belkin left behind a great number of manuscripts…. Most of them, as Ivan Petrovich told me, were true stories heard from various people. First published anonymously in 1830, Alexander Pushkin’s Tales of Belkin contains his first prose works. It is comprised of an introductory note and five linked ... more > 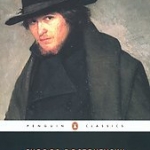 One of the most influential novels of the nineteenth century, Fyodor Dostoevsky’s Crime and Punishment tells the tragic story of Raskolnikov—a talented former student whose warped philosophical outlook drives him to commit murder. Surprised by his sense of guilt and terrified of the consequences of his actions, Raskolnikov wanders through ... more > 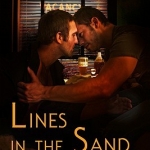 REVIEW: Lines in the Sand by Lyn Gala

Three years ago, Carl Ragar turned on the mob. His conscience couldn’t handle the murder of an innocent bystander, and he had to turn his back on his mentor, Petroc “Pete” Barbu, a man he’d admired and lusted after. Pete made no apologies for his job as an enforcer, but ... more >