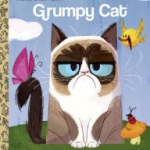 How watching a TV show has become more like reading a book – I can’t be the only one who has replaced some reading time with binging on television series. You cannot really control for individual speed with TV watching, but the idea of binge-watching as commensurate with reading makes a ... more >

Monday News: AT&T gobbles up Time Warner, dogs of Venice, and “sometimes it’s hard to be a woman”*

AT&T and Time Warner reveal merger to create ISP, TV, and media giant – So AT&T is plunking down a mere $85.4 billion in cash and stock for Time Warner. The media company has a bit of debt, so AT&T will effectively be paying almost $109 billion for the opportunity to ... more >