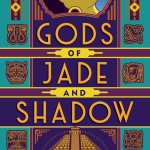 REVIEW: Gods of Jade and Shadow by Silvia Moreno Garcia

Please note: The following review contains some spoilers. Dear Ms. Moreno-Garcia, It was the setting of your new fantasy novel, Gods of Jade and Shadow, that first caught my attention. I had never read a book set in 1920s Mexico before. This one also promised to feature a young woman ... more > 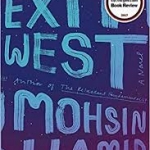 Dear Mr. Hamid, Your acclaimed novel begins this way: IN A CITY SWOLLEN BY REFUGEES but still mostly at peace, or at least not yet openly at war, a young man met a young woman in a classroom and did not speak to her. For many days. His name was ... more > 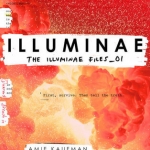 This morning, Kady thought breaking up with Ezra was the hardest thing she’d have to do. This afternoon, her planet was invaded. The year is 2575, and two rival megacorporations are at war over a planet that’s little more than a speck at the edge of the universe. Now with ... more >

REVIEW: The Bells of Times Square by Amy Lane

Dear Amy Lane: Readers have been expressing their dissatisfaction with the lack of depictions of religion or faith in romance, outside of inspirationals. The Bells of Time Square isn’t at all preachy, but religion is very much a part of the main character’s life. By strict definition, this is a ... more >