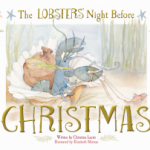 REVIEW: The Lobsters’ Night Before Christmas by Christina Laurie Illustrated by Elizabeth Moisan

Creatures of the ocean celebrate Christmas Eve in an undersea retelling of “A Visit by St. Nicholas” by Rev. Clement C. Moore. Under the waves and surrounded by swaying ocean eel grass, Sea Santa makes his yearly Christmas journey. Pulled in his clamshell sleigh by his eight faithful minnows, beautiful ... more > 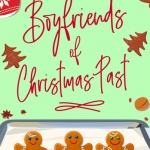 REVIEW: Boyfriends of Christmas Past by Edie Grace

A magical, modern-day Christmas Carol Digital designer Emma Wallace is finally poised for her big break: kitchenware giant Johnson Cookware is looking to rebrand – and with Christmas around the corner, Emma’s long-held philosophy of work-before-play may just give her the edge she needs to win the account. The only ... more > 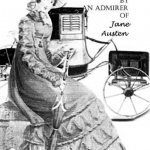 This book is for those readers of Pride and Prejudice who might want to know what happened after the weddings of Jane and Elizabeth Bennet. In it they will again encounter Mr. Bennet and his heir, Mr. Collins, the formidable Lady Catherine de Burgh, and Mr. Collins’ wife, Charlotte. There ... more >

Game of Thrones Author Warns HBO Show May Kill Off Book Characters – So HBO is diverging from the George R.R. Martin source material and has plans to kill off several characters in the highly successful Game of Thrones series. The announcement serves as a good reminder that film adaptations ... more >