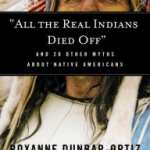 Monday News: On Columbus, Yahoo is anti-male?; we are all Tsundoku; and best fantasy series?

Use This New Book Excerpt to Shut Down the Fake Heroism of Christopher Columbus – Do they still teach US school kids the rhyme that starts, “In fourteen-hundred-and-ninety-two, Columbus sailed the ocean blue…”? The reality is that one of Columbus’s first observations about the Arawak people was that ‘they would make good ... more >

28% of Americans Have Not Read a Book in the Past Year – They announce this headline like it’s a scandal, but I don’t think it’s all that bad. Especially if we admit that cultural literacy (and basic literacy) don’t necessarily require the consumption of books. Of course, if you’re a ... more >

I STAND BY IRENE GALLO – So Irene Gallo, creative director and associate publisher for Tor, made a strongly worded comment about the Sad and Rabid Puppies on her personal Facebook page. Afterward, she clarified that the comment was personal and not said in her capacity as a Tor employee. ... more >

BALLOT REGARDING RNA MEMBERSHIP FOR INDEPENDENT/SELF-PUBLISHED AUTHORS – The Romantic Novelists’ Association, the UK organization for writers of romantic fiction, recently put to a vote the possibility of self-published/independent authors gaining eligibility for full membership rights within the RNA. Like the RWA, the RNA is clearly struggling to keep up ... more >