Thursday News: Nora Roberts in the NYT, BEA is still too white, EverAfter free books, and “Fifty Shades of Buscemi”

Nora Roberts: By the Book – Whatever you think of her books, you have to give it to the Nora Roberts Publicity Machine, because it is most definitely well-oiled and smooth. An interview in the New York Times just as her 40th In Death book is releasing. There’s even some ... more > 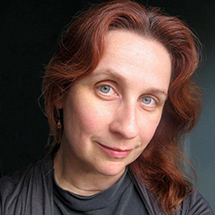 I’ve had some concerns by readers who are primarily print readers that the coverage at Dear Author has been too focused on ebooks. When I asked the readers what they were interested in seeing, they responded that they would like to know more about print debut authors. We developed a ... more >

Happy Leap Day.  Today’s “Debut Print Book Feature is Sweet Enemy by Heather Snow which sounds fascinating.  We developed a little questionnaire for Debut Print Authorsand every Wednesday at 10:00 AM CST (as long as we have content) we’ll post the questionnaire answers along with links to the author’s site ... more >

Shauna Summers is the executive editor for the Ballantine, Bantom, Dell imprint. She edits authors such as Suzanne Brockmann, Shana Abe, and Lara Adrian. Two debuts that she is excited about include Cecilia Grant’s “A Lady Awakened” (hhttp://www.ceciliagrant.com/) that will release in January 2012 and Molly O’Keefe’s contemporary series that ... more >

Faye Booth’s title aptly captures several aspects of her novel: there’s Lydia, the newest hire in a London brothel; Henry, a doctor who must break laws to obtain cadavers for his medical students; and then there’s the Victorian pornography angle. Warning to HEA purists? this is probably not your book. ... more >