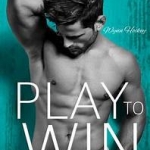 Dear Ms. Jamieson: When I started reading this book, I wondered if I had missed a previous book or two in your new series. Before Chapter 1, there’s an extensive cast-of-characters run-down of the Wynns. Once the book begins, the reader is almost immediately given backstory on the hero’s recent ... more > 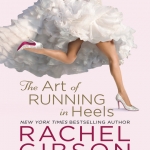 REVIEW: The Art of Running in Heels by Rachel Gibson

Running in five-inch stilettos is an art form Leaving your fiancé at the altar on live television is a disaster. Lexie Kowalsky thought she was ready to get married in front of millions of people, but at the last minute she fled the set of television’s hottest reality show, Gettin’ ... more > 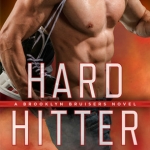 Dear Ms. Bowen, I’ve read and enjoyed most of your Ivy Years series, so it was natural to move on to the Brooklyn Bruisers series when it began with Rookie Move – the two series are even related! I liked Rookie Move, but not as much as the Ivy Years ... more >

Dear Ms. Shalvis: I’ve read much of what you’ve written in the past five years. I’ve found quite a few of your contemporaries irresistible: Animal Attraction and The Sweetest Thing were two of my favorite reads in 2011. I’ve been less enthralled with your Harlequin Blaze books; they seem to me to ... more >

DUELING REVIEW: Any Man of Mine by Rachel Gibson

Dear Ms. Gibson, I’ve been reading your books for so many years and have enjoyed enough of them that when I hear a new one is coming out, I automatically make room in my reading schedule to at least look at it. And since the books with sports heroes are ... more >

Dear Ms. Martin: For many months, Jane had been talking about how wonderful your first New York Blades hockey Romance, Body Check, was. When I finally succumbed to reading it, I was elated with almost everything about it. I especially loved the set-up between the taciturn hero and the career-minded ... more >