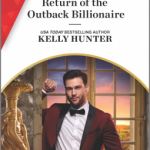 REVIEW: Return of the Outback Billionaire by Kelly Hunter

The billionaire is back. And he has a startling proposal! Seven years ago, Judah Blake took the fall for a crime he didn’t commit to save Bridie Starr. Now his family’s land is in her hands, and to reclaim his slice of the Australian outback, he’s got an announcement! Photographer ... more > 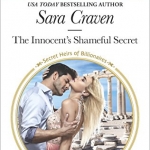 Sara Craven 1938-2017 – It’s been a bad few weeks for Romance, with the untimely death of Miranda Neville, and now news of Sara Craven’s passing. Craven wrote for Mills and Boon/Harlequin for more than 40 years, and she was approaching her 100th book. Born in 1938, Craven also won ... more >

Playing by the Greek’s Rules by Sarah Morgan Yay, Sarah Morgan has a new Presents out! I picked this up when it appeared at Kobo at the beginning of the month and read it in one sitting. This book is billed as a prequel to Morgan’s new single-title Puffin Island series, ... more >

Dear Susanna Carr: The title of your book, Secrets of a Bollywood Marriage, both attracted me and put me off a bit. It signalled a marriage-in-trouble story (a trope I love) but also a Bollywood setting (which I’m starting to get tired of). Nevertheless, I was curious to see what ... more >

Dear Ms. Green: When I’m in the mood for an archtypical Harlequin Presents story — here taking the form of cynical Italian tycoon + secret baby + punishing kisses = angsty-goodness — I look for Abby Green. Originally I decided against reviewing this for Dear Author, because, well, it’s a ... more >

Dear Ms. Hayward: I used to read a ton of Harlequin Presents books, but had left them by the wayside, until I picked up your new release, The Divorce Party, which was a direct result of your winning the 2012 So You Think You Can Write contest run by Harlequin. ... more >