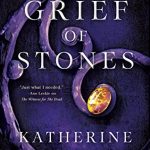 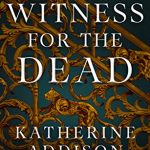 REVIEW: The Witness for the Dead by Katherine Addison

Dear Katherine Addison, I am a huge fan of your 2014 steampunk fantasy novel The Goblin Emperor. It was my favorite of all the books I read that year and I’ve read it three more times since. When the novel was nominated for a Hugo, I was thrilled; when it ... more > 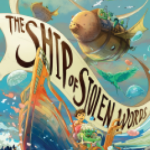 REVIEW: The Ship of Stolen Words by Fran Wilde

A group of goblins steal a boy’s ability to apologize in this lively middle-grade fantasy from Nebula Award-winning author Fran Wilde No matter how much trouble Sam gets in, he knows that he can always rely on his magic word, “sorry,” to get him out of a pinch. Teasing his ... more > 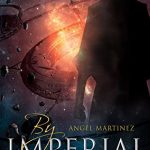 By Imperial Decree by Angel Martinez Marsh Kensinger’s work as the utility mechanic for Bremen Station keeps his life interesting – but never quite as interesting as finding a pilot still hidden inside a hibernation drawer in what should have been a salvage craft. He knows he shouldn’t get involved, ... more > 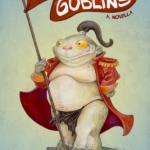 When a party of goblin warriors find themselves trapped behind enemy lines, it’ll take more than whining (and a bemused Elven veterinarian) to get them home again. Nine Goblins is a novella of low…very low…fantasy. Dear Ms. Kingfisher, I love this novella. Really, really love it. The cover is wonderful, ... more >

Dear Ms. Addison, After a disappointing reading year in 2013, the past four or so months have comprised one of the best reading streaks I’ve had in a long time. And now comes your fantasy novel, The Goblin Emperor, another stellar book. The novel is set in a fantastical industrial ... more >