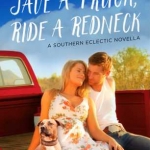 Dear Molly Harper, The novella, Save a Truck, Ride a Redneck is the first installment of your new Southern Eclectic series.  A full length novel, Sweet Tea and Sympathy, is coming out in November and I understand there are two other novellas to be released in the next few months ... more > 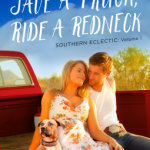 “I’m Here to See My Daughter.” She never thought she’d see John Davenport again. Merrilee Daniels Davenport’s former husband has returned to their small Georgia town after fighting in the Pacific. And now the soldier is bearing a letter from the little girl he didn’t know he had. Merrilee wishes ... more >

I fell in love with William Ashe at gunpoint, in a Circle K. It was on a Friday afternoon at the tail end of a Georgia summer so ungodly hot the air felt like it had all been boiled red. We were both staring down the barrel of an ... more >

Dear Ms. Rodale: I have not read the previous three books in this series but the recent sale by HarperCollins piqued my interest. I had a review copy in my files and decided to give it a chance. The premise behind the series is that newspaper owner Derek Knightly hired ... more >

REVIEW: On the Edge by Ilona Andrews

Dear Ms. Andrews, On the Edge was the first of your books that I’ve read, but it will not be the last. Rose Drayton and her two young brothers, Jack and Georgie, live in the Edge, an area where two dimensions known as the Weird and the Broken overlap. In ... more >