Today’s the Day: Let’s Save Net Neutrality – Note: click past the initial notice on the EFF page – it’s part of their messaging about net neutrality. Also, they have a great avenue to send an email to the FCC. If you need to brush up on the some of ... more > 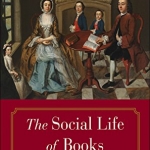 A Reading Resolution – Interesting post on the unexpected pleasures of reading books we wouldn’t necessarily choose for ourselves or even think would be interesting. In an ever-increasing field of options, it’s often easier to narrow rather than broaden our literary horizons, especially when we enjoy the dilemma of so much information ... more >

Milo Yiannopolous Book Deal with S&S Generates Backlash – Oh, Simon & Schuster. The only thing sadder than giving Yiannopolous a $250K book deal is trying to justify it as advocacy of “free speech.” Sure, MY is free to say a lot of the crap he says, but publishing is about ... more >

How Things Work – Gawker’s Nick Denton wrote the site’s last post yesterday, a chronicle of his thoughts about the Hulk Hogan suit, Peter Thiel, and the philosophy behind Gawker, from his perspective. It is chilling to think about the fact that basically one really rich person could finance Gawker’s demise, although ... more >