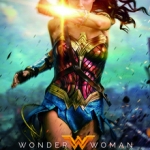 The Complex Gender Politics of the ‘Wonder Woman’ Movie – The title of this article might be better represented as “the complex gender politics of commentary on the ‘Wonder Woman’ movie,” because it gets tripped up by some of the same pitfalls it tries to point out. For example, the piece ... more >

HarperCollins Vows to Fight Back in Canadian eBook Price-Fixing Case – So Harper Collins has decided that it does not want to join the Canadian ebook settlement that was negotiated in January with the Canadian Competition Bureau. The Bureau asserts that Harper Collins is engaging in anti-competitive behavior by not allowing retailers to ... more > 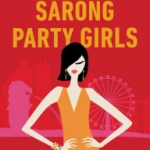 Country Spotlight: Singapore: Literary Publishing – There have been several pieces about Singapore’s growing literature scene recently, especially since New York City just hosted the second Singapore Lit Festival (here is an article from Lambda Lit, A Queer Look at the 2nd Singapore Literature Festival). Despite a tendency toward short fiction, as ... more >

Free eBooks Have Arrived at Nook Press – Nate Hoffelder reports that Barnes and Noble’s Nook Press has announced to publishers that they can now set the price of their ebooks to free on the B&N site. Does it matter at this point, though? Is anyone still reading on the Nook? ... more >