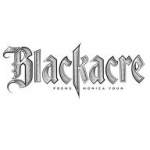 ROALD DAHL TURNS A HUNDRED – So yesterday would have been Roald Dahl’s 100th birthday, and his estate has supervised publication of a collection of letters between Dahl and his mother. Despite – or perhaps because of – the almost loving perversity of his storytelling, Dahl’s work continues to appeal to ... more >

eBay Platform Exposed to Severe Vulnerability – Despite the fact that Check Point contacted eBay with evidence of a HUGE and dangerous security flaw on their platform, it appears that eBay is ignoring it, possibly because they think it is necessary to allow active content??? An attacker could target eBay users ... more >

Judge Mocks Public Interest Concerns About Kicking People Off Internet, Tells Cox It’s Not Protected By The DMCA – If I remember correctly, Rightscorp is considered one of those copyright trolling outfits that corporations use to notice alleged DMCA infringers. Except that Rightscorp basically sends a bunch of takedown notices to ... more >

PayPal broke up with eBay so it could take on Apple – After 12 years together, PayPay and eBay are getting a divorce, so that PayPal can move on to bigger and better things. Unfortunately, PayPal’s growth was being overshadowed by its relationship with eBay, which has not been moving ... more >

Why it makes sense for Amazon to buy Twitch – Twitch, the company that live streams video games, has been acquired by Amazon for a whopping $970 million. The sale will give Amazon new opportunities to capture the gaming customer, to sell more gaming-related products, and, according to this Verge ... more >

Apple’s Beats deal is bad news for these two companies – So now that the Apple – Beats deal is officially confirmed, the predictions shift into full gear. Will Beats bring Apple back to its glory days? Will it end up being an expensive flop? And what about other online services? Yahoo ... more >