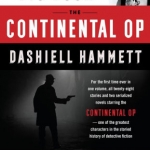 Barnes & Noble continues Kitchen openings – I initially missed this story (h/t Nate Hoffelder) that Barnes & Noble is quite seriously getting into the restaurant business. In some ways I appreciate the dogged determination to make their business work (and the money they seem to have to take these ... more >

Sherlock Holmes, Pro and Con – An interesting essay by Terry Teachout that actually reads more like a paen to deep thoughts in literature than a meditation on the positives and negatives of Sherlock Holmes. Teachout discusses the persistent popularity of the Holmes character, including the longevity of the original stories, despite ... more >

JK Rowling ‘to collaborate’ with BBC on Cormoran Strike TV adaptation – The stories of Robert Galbraith, aka JK Rowling, will be adapted by the BBC to television in collaboration with the author. Television will definitely provide the opportunity to keep the stories going for a significant length of time. ... more >

Retail in Seattle: In the Shadow of Amazon – If any book selling market seems like it would suffer because of Amazon’s presence, it’s Seattle. And yet, this article suggests that is far from the case; in fact, despite the obvious challenges, there are some interesting examples here of booksellers ... more >

Marvel to Publish ‘Star Wars’ Comics in 2015 – Marvel Comics, which released the first Star Wars comic book in 1977, has received the rights back to publish comic books and graphic novels for the franchise. What I think is interesting here is the reaction of Dark Horse (the licensee ... more >