Copyright Clash Over Demon-Fighting Stories – So Sherrilyn Kenyon is suing Cassandra Clare for copyright infringement, trademark infringement, and false advertising, claiming that Clare’s “Shadowhunter” series infringes on Kenyon’s “Dark-Huner” series. According to the article above, Kenyon seeks an injunction, compensatory damages, and lost profits. Jane summarizes some of the relevant ... more > 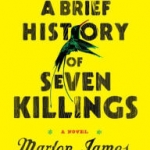 Go Fund My Lazy Ass -It’s no secret that crowdsourcing has become popular for all sorts of creative projects. Although I haven’t seen it, I saw some folks talking about a crowdfunding campaign for someone who wanted to go to RT. Anyway, an author named Payne Hawthorne put together a ... more >

The Key to Rereading – An interesting piece on re-reading that raises a lot of interesting issues related to the way the mind engages and re-engages with text. Until the article’s author, Tim Parks, falls right into the trap of distinguishing genre fiction as basically non-intellectual, in that he leaves no ... more >

‘Vampires’ keep doctors in the dark for fear of stereotyping: study – So here’s an interesting Romance novel premise: real-life vampirism that doesn’t, apparently, come with all the complications of being undead. A new paper, published in the Canadian peer-reviewed journal, Critical Social Work, focuses on the real-life “vampire community” and ... more >

Play Reimagining ‘Three’s Company’ Wins Case – This is sort of a good news/bad news situation. The good news is that the play “3C,” which parodies the television series “Three’s Company,” has prevailed in federal court as transformative and therefore not infringing on DLT Entertainment’s copyright over the television show. ... more >

From ‘Dragon Tattoo’ To The ‘Spider’s Web’: Stieg Larsson’s Heroine Returns – So it has actually happened: Stieg Larsson’s Millennium novels are being continued with Swedish crime reporter David Lagercrantz as their author. Although Larsson did not exactly have a beautiful writing style, it’s going to be interesting to see ... more >