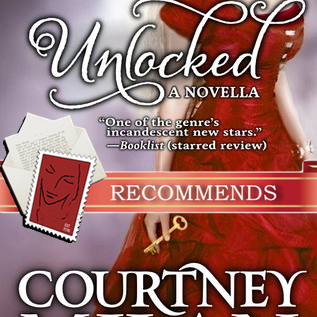 Dear Ms. Milan: I’ve been chomping at the bit to talk about this book with other readers.  I’ve felt, in the past, that your works were smart and thoughtful but sometimes lacking in emotional engagement.  I particularly struggled to connect with Ned Carhart in Trial by Desire.  But Unlocked packs ... more >

Dear Ms. Milan: I have heard such good things about your early Victorian-set novels that I kept meaning to read one. When the controversy over the Publisher's Weekly review erupted, I knew I would have to read Unveiled. While more confused than ever about that infamous review, I have been ... more >

Author and Reviewer, a lesson learned

I was planning on taking a hiatus from writing opinion pieces on Tuesdays until the first of the year.   I was getting tired of writing them and I figured you all might be tired of reading them.   An interesting issue arose yesterday, however, that I wanted to throw out for ... more >

Here is our October recommends for the month. The Iron Duke is the big recommended book here at Dear Author. Robin, Janine (review), Shuzluva (review) and I all think it is a B+/A book. Others you might want to check out include (reviews will be forthcoming): Recommended by Jayne: Dark ... more >

If I were to describe this plot, I would say that it is a plot of estranged spouses. Ned has gone from boy to man, as is most often the result of journeys. And Lady Kathleen has suffered the rumor of her husband's swift removal for the past three years. But this book is so much more than the reconciliation of estranged spouses. It is more than the two protagonist's getting to know each other as they fall in love, despite the forced marriage. No, this is a book about what makes a hero.

Author LA Banks introduces President Obama at a Healthcare Summit in Philadelphia. Banks writes the popular The Vampire Huntress series published by St. Martin’s Press and a new angel based series for Pocket. H/t to Rose Fox. Ms Banks blogged about her experience and it’s pretty moving: But my speech ... more >