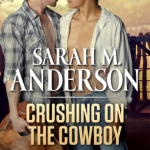 JOINT REVIEW: Crushing on the Cowboy by Sarah M. Anderson

As The Heartbreak Kid, Mitch Jenner is known as the biggest womanizer of all the rodeo cowboys—but it’s just an act to keep himself safe. In fact, Mitch is so afraid of coming out that he’s opted to stay single—and a virgin. He’s fine with being alone…until he meets the ... more > 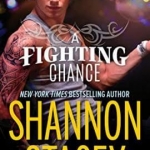 All work and no play makes Adeline Kendrick a dull girl, so when she heads to a casino resort for a friend’s bachelorette weekend, she’s ready to have a good time. Until she runs into Brendan Quinn, professional fighter and the one who got away—the one her family drove away—and ... more >

When retiring rugby star Ash Trenton considered his next career move, coaching troubled teens at his ex-girlfriend’s California camp wasn’t on the list. But when Camila Morales reappears after eighteen years, begging for his help, he can’t say no to his first and only love. Camila was just sixteen when ... more >

Dear Ms. Sinead, Your debut novel, Heartsick, falls into that category of new adult novels that pushes beyond the college-set contemporary romance glut the category’s fallen into. It still has the classic elements, complete with a love triangle, but it adds a mystery component and maybe a whiff of the apocalyptic. ... more >

Libby Hart and Matt Ogden are perfect for each other—as friends. They’ve known each other for ages. They act as each other’s plus-ones. They even share custody of a dog. And if there’s always been a little spark between them, so what? It’s never been worth jeopardizing their friendship. Professional ... more >

“Where do you go to escape everything when you’re one of the most famous rugby players in the world? For Liam Callaghan, that place is a remote lodge on Venezuela’s Caribbean coast. Perfect, except he doesn’t exactly want to be alone with his thoughts. Enter Tess Chambers, the ultimate distraction. ... more >