100th Pulitzer prizes announced – Journalism awards, in particular, stood out this year, with the Los Angeles Times winning for their breaking coverage of the San Bernadino shooting, and digital media ProPublica and the Marshall Project’s collaborative win for explanatory reporting. The full list of winners can be found here, and ... more > 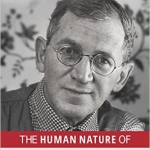 Welcome to Voat: Reddit killer, troll haven, and the strange face of internet free speech -With the recent trouble at Reddit — from charges of corporate-minded censorship (the platform is owned by Conde Nast) to the controversy over Ellen Pao’s termination (both from those who protested her position and those ... more >

Authors Guild warns authors over contributing online articles for free – So does each new president of the Author’s Guild undergo some kind of organizational mind-meld program? Because the main tune seems to be eerily similar from year to year (and president to president). Google is evil, Amazon is evil, ... more >