DUELING REVIEW: How High We Go in the Dark by Sequoia Nagamatsu

Content warnings: Jennie: When Janine suggested we review this book together, I hadn’t heard of it. But the blurb told me it was dystopian, and I have a weakness for dystopian novels even though they don’t always end up working for me. Though it’s billed as a novel, How High ... more > 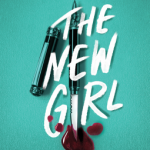 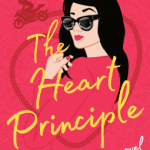 When violinist Anna Sun accidentally achieves career success with a viral YouTube video, she finds herself incapacitated and burned out from her attempts to replicate that moment. And when her longtime boyfriend announces he wants an open relationship before making a final commitment, a hurt and angry Anna decides that ... more >

Kiyoshi’s Walk by Mark Karlins Where do poems come from? This beautiful picture book about a young aspiring poet and his grandfather shows that the answer lies all around us—if we take the time to look. After Kiyoshi watches his grandfather, Eto, compose his delicate haiku, he wonders out loud: ... more > 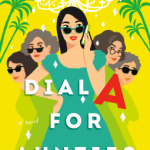 REVIEW: Dial A for Aunties by Jesse Q Sutanto

What happens when you mix 1 (accidental) murder with 2 thousand wedding guests and then toss in a possible curse on 3 generations of an immigrant Chinese-Indonesian family? You get 4 meddling Asian aunties coming to the rescue! When Meddelin Chan ends up accidentally killing her blind date, her meddlesome ... more >