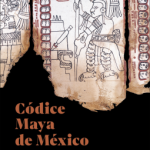 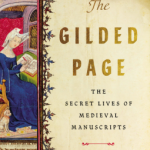 A breathtaking journey into the hidden history of medieval manuscripts, from the Lindisfarne Gospels to the ornate Psalter of Henry VIII “A delight—immersive, conversational, and intensely visual, full of gorgeous illustrations and shimmering description.” –Helen Castor, author of She-Wolves Medieval manuscripts can tell us much about power and art, knowledge ... more > 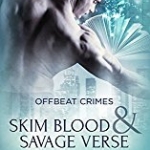 Book three in the Offbeat Crimes series Words damage more than just feelings as Carrington hunts feral books menacing the city. When a ferocious book attacks Carrington at his own birthday party, he believes it’s an isolated incident. But similar books soon pop up all over town, menacing innocent people ... more >

The Secret Libraries of History “After news emerged about an underground reading room in Damascus, Fiona Macdonald discovers the places where writing has been hidden for centuries.” Some of these are secret libraries while another is more a private one with limited access. Two, however, are rewriting what we know ... more > 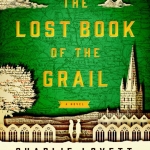 REVIEW: The Lost Book of the Grail by Charlie Lovett

Arthur Prescott is happiest when surrounded by the ancient books and manuscripts of the Barchester Cathedral library. Increasingly, he feels like a fish out of water among the concrete buildings of the University of Barchester, where he works as an English professor. His one respite is his time spent nestled ... more >

People Are Getting Social Media Prenups – The title of the article says it all. Psychotherapist Karen Ruskin insists that the desire for such a pre-nup is indicative of deeper relationship problems. She also notes that sometimes people can get frustrated if their partner fails to mention something relationship-oriented on ... more >