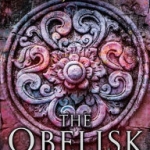 Rethinking Romance/The Audible Experience – As someone who enjoys audiobooks a great deal, I found this post interesting. I know that many readers have the opposite perspectives on listening to books, but what struck me most was the idea that for this reader, listening to a favorite series on audio ... more >