Apple’s 2012 Q4 earnings report – Apple’s stock decreased slightly with the news of decreased iPad sales against expectations which seemed pretty robust to me, but I’m not a Wall Street trader. Reuters


Pearson confirms Penguin/Random House merger talks – So last weekend there was an article about Pearson putting Financial Times up for sale and Bertelsmann possibly buying that company or there being a merger of the financial sides, but I kind of dismissed it because it was unrelated to genre fiction but today Pearson put out a statement that it is in talks with Bertelsmann about merging Random House and Penguin into one giant monolith publishing house. According to PW this summer, Pearson was the largest world publisher and Random House was the 8th largest. Mergers of this sort often have to get approval but I don’t doubt it would go through because of the competition that Amazon and Barnes & Noble, as publishers, present. If this merger goes through, though, it would likely spur more sales and acquisitions of houses like HarperCollins and Simon & Schuster which have long been rumored to be on the sale block, for the right price. paidContent

Do hormones drive women’s votes? – This was an actual article on CNN until the internet mocked CNN so hard they shamefacedly pulled it down.  The article referenced a peer reviewed study (but no word on what journal this gem came from)  by  Kristina Durante of the U of Texas who conducted an INTERNET SURVEY of 275 women who had a) regular menstrual cycles and b) not taking hormonal contraception. BASED ON THIS INTERNET STUDY, Durante  concluded that women at their most fertile are less likely to be religious if they are single and more likely to be religious if the are in committed relationships. Thus, single women are more likely (because of their lax morals and all) to vote for Obama, the liberal, than their committed sisters who vote for Romney. Here’s how Durante explains this: When women are ovulating, they “feel sexier,” and therefore lean more toward liberal attitudes on abortion and marriage equality. Married women have the same hormones firing, but tend to take the opposite viewpoint on these issues, she says. “I think they’re overcompensating for the increase of the hormones motivating them to have sex with other men,” she said. It’s a way of convincing themselves that they’re not the type to give in to such sexual urges, she said. CNN Money 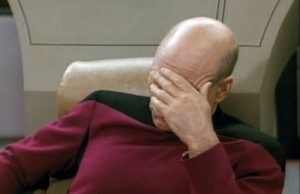