My best of list surprises me, because I’m not generally a huge fan of contemporaries. But I’m all about angst, and we had some intense contemporary drama in 2013. Also, I haven’t enjoyed the direction my first love, historicals, has been going of late, although I did find four titles worth recommending. I didn’t read many paranormals this year, and those I did read weren’t anything to write home about, with one exception.

According to my records, I read or listened to 383 books so far this year, including novellas and short stories, and DNF’d 137 more. As my TBR pile grows exponentially, I have less patience for reading anything that doesn’t really grab me. 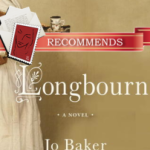 “Fan fiction” at its finest, this book imagines the lives of the people who did the laundry and emptied the chamber pots for the beloved characters of Jane Austen’s Pride and Prejudice. It cleverly extrapolates from the events and characters of the original to create a gritty, touching, and entirely new story that expands our view of the world Austen wrote about.

This would probably be classified as a novel with strong romantic elements rather than a genre romance, but don’t let that put you off; it can also be painful reading if you love the original, but is well worth it. The writing creates a period feel without attempting to imitate Austen’s style, thank goodness. 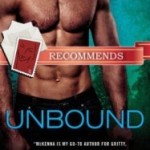 2) Unbound by Cara McKenna. My review.

I was raptly fascinated by this journey into the mind of an extremely fucked-up alcoholic fetishist, and the heroine’s complementary journey as a woman who’s working to reinvent herself after losing a lot of weight. The writing is wise and visceral and feels completely authentic, and the lonely setting in the highlands allows the characters a lot of time and space to get to know one another with true, profound intimacy. 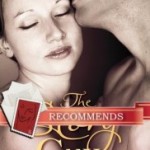 3) The Story Guy by Mary Ann Rivers. Reviewed by Jayne  and Dabney.

A librarian who is starting to find her self-sufficient life lonely answers an unusual personal ad for a weekly kissing partner, and then can’t help wanting to make it more. This was a somewhat polarizing novella elsewhere in Romancelandia, though very well reviewed here; although I understand some of the other perspectives,  I fell on the “loved it” side. The original plotline and beautiful writing style grabbed me, but it also touched me deeply by reflecting my experiences and concerns as a caregiver for someone with special needs. 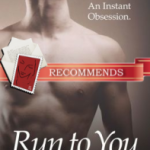 4) Run to You by Charlotte Stein. My review.

Would you like a little humor with that angst? I loved how this novel used the currently popular romance themes of the unawakened young woman and the mysterious billionaire and made them fun and hot instead of shopworn and icky. The first person narrative goes to the most unexpected places, using imagery that’s unique and hilarious. 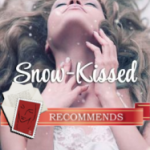 5) Snow-Kissed by Laura Florand. My joint review with Sunita.

This was another book that hit me right where I live. It’s a heartbreaking story about how guilt and pain can destroy a marriage, with a tender, steadfast hero who refuses to stop fighting for the woman he loves, no matter how little she thinks she deserves it. 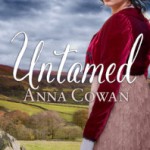 6) Untamed by Anna Cowan. Reviewed by Dabney and Janine.

A complex, sometimes oblique historical starring an enigmatic, cross-dressing duke. This was another very polarizing story, one that was interpreted by reviewers in diametrically opposite ways; some believed it subverted gender stereotypes and others that it reinforced them. I voted for subversive and fascinating, and although I only gave it a B grade, it’s stayed so strongly in my memory that I think it belongs on the list. 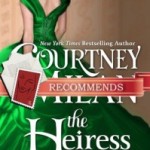 7) The Heiress Effect by Courtney Milan. Reviewed by Janine and Jane.

A political hopeful is ordered to humiliate an obnoxious heiress, and is stymied by how much he likes her. As usual, Milan writes a strong, intelligent heroine in this historical romance, here coupled with a hero who can be quite… challenging. The theme of finding ways to achieve goals without losing your essential self is beautifully done, and there’s an intriguing secondary romance between a young epileptic British woman and an Indian man. 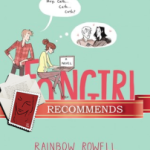 I didn’t love this quite as much as Rowell’s Attachments or Eleanor and Park, which means I only really really really really liked it. Rowell brought the world of fandom to life, depicting a fictional book and its fan fiction so vividly, it has sparked real life fan art and fan fiction. It’s also a terrific coming-of-age story about a twin having to navigate the world alone for the first time. I loved the strong sense of her own values that Cath had, as well as the ways in which she learned to expand her sense of self, and it’s great to read a New Adult book that reflects other kinds of college experiences and other kinds of new adults. 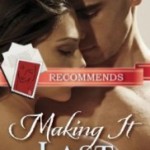 9) Making it Last by Ruthie Knox. My review.

Several years and children later, the meet-cute couple from How to Misbehave (reviewed by Janine) find themselves in crisis, as Amber realizes she’s lost all sense of who she is aside from being a mother. An unexpected holiday gives her and Tony a chance to reconnect, but they’ll still have a lot of work to do to make it last. This marriage-in-jeopardy story has less angst and more everyday realism than Snow-Kissed, but feels equally insightful. 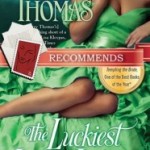 10) The Luckiest Lady in London by Sherry Thomas. My review.

Thomas brings her usual elegant writing and sharp wit to this Victorian novel, which subverts romance conventions by having the tortured, affection-deprived hero successfully pass himself off as everyone’s idea of an Ideal Gentleman. When he meets another society fraud, their mutual recognition leads to irresistible attraction. Exquisitely tantalizing sexual tension and solid gut-wrenching made this very enjoyable. 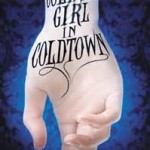 Honorable mention: The Coldest Girl in Coldtown by Holly Black. Reviewed by Jia.

I’m adding this as an honorable mention, not necessarily because I think it’s not as good as the other books, but because I listened to it as an audiobook. Audio provides such a different reading experience that I have trouble critiquing the actual work itself; narrative strengths and weakness can be amplified or quieted. But I was totally caught up in this young adult urban fantasy, which features a teenage girl protagonist who has to get very tough very quickly, while trying to hold on to her humanity. The worldbuilding mixes traditional vampiric lore with some entirely original and well thought-out elements. 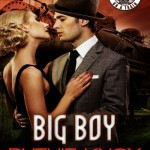 ETA: I left Ruthie Knox’s novella Big Boy off the list, not realizing it had been reviewed by Sunita as part of an anthology. I don’t have the time or energy to write about it now, especially since it’s been so long since I read it, but everyone who loved The Story Guy should try this one too.