For my end of the year list I usually try to include the most memorable books for me, so if I cannot remember the book without looking through my reviews it does not make the list. 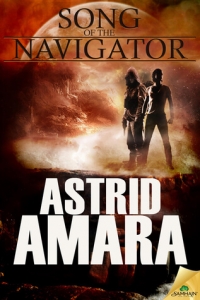 1. Astrid Amara “Song of the navigator’
I was in love with this book since the moment I bought it and inhaled it. I enjoyed this writer’s work before but as I said in my review her artistic choices do not always work for me and I have not had much luck with betrayal/slavery stories where betrayed guy forgives the one who did the betrayal. More often than not I do not find them convincing. Not so here – Cruz and Tover stayed with me long after I read the book and I still remember them vividly. 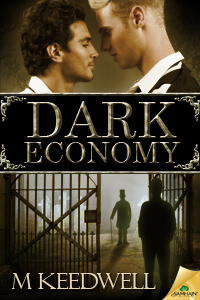 2. M. Keedwell “Dark economy”
And to think that but for my friend’s recommendation I could have missed this one. I have not read too many memorable historical romances in the last year and considering that historicals are one of my favorite subgenres, I consider this to be an unfortunate occasion. This is a historical mystery and some reviewers found that romance was secondary storyline, but to me there was so much unresolved tension between protagonists that I was extremely happy with the romance in this book. We have excellent antagonistic chemistry between the men which is based on real conflict. Cadell is a medical student who is robbing graves because he genuinely wants to become a better surgeon and to help people and he does not have enough bodies to practice on and Blaine knows that robbing graves is still illegal and he wants to catch Cadell because he is sure that Cadell is guilty. The main storyline of the book is Cadell investigating a murder because he becomes suspicious about what happened to one of the men whose body he was going to dissect and he decides to go and get justice for the deceased. I enjoyed this one a lot. Review Here 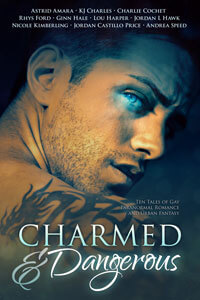 3. Charmed and Dangerous anthology.
I thought this was a very strong offering – I think I enjoyed six or seven stories in this anthology, but the reason it made my list was mostly because of once again Astrid Amara and Ginn Hale. Here is what I said in my review about their stories.
Ginn Hale – Swift and the Black Dog
When Jack Swift killed a tyrant and won the revolution he became a national hero. But someone in the new government prefers dead heroes to living, swearing, cynical wizards. Caught between bullets, revenge and desire, Jack had better be swift indeed.
From my review:
I think for me this story was the darkest and the best in the anthology. It is no secret that I love Ginn Hale’s work, but for me past performance is no guarantee of the future success even with my favorite writers, so I definitely did not approach this story as a guaranteed win. This novella explored the themes of what consequences winning the revolution can often be for its participants and for the society.
Astrid Amara – The Trouble With Hexes
P.I. Tim Keller has a problem. And the only person who can solve it is his ex-boyfriend, Vincent, whose job as a hexbreaker was the reason they broke up. It’s hard admitting he was wrong, especially when coughing up organs. But there’s a missing person to find, a hexmaker to hunt down, and a romance to repair before Tim breathes his last.
Review:
This was one of the most romantic stories in the anthology for me. Although it is a standalone novella, this story made me feel as if I had known Tim and Vincent for a long time. In a world where characters in m/m books often forget that they have jobs and professional responsibilities, it was so refreshing to read about two men who, despite being deeply in love with each other, broke up because Tim could not handle the demands Vincent’s job put on him and his health. Of course I could see why Vincent, who is essentially a magical healer, would not stop helping sick and often dying people to get rid of hexes, but I also get how Tim just could not deal with what Vincent’s job demanded from him. There is nothing better to make you believe in the realities of magical healing than to see the consequences of a deadly hex on yourself. When Tim comes to see Vincent again, he is very ill and if they do not act fast he might die pretty soon. I could feel the love and regret between these two. And neither of them wanted to get his heart broken again, but love was still there and of course it ends well. I anticipate rereading this story more than once.
Grade A-“
Full review of the anthology could be found here. 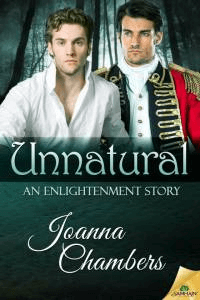 4. Joanna Chambers “Unnatural”
I thought this book was lovely. As the blurb states, this story is about Captain Ian Sinclair, who briefly appeared in “Enlightened” as Murdo’s friend.
I loved this book despite the fact that for most of the story not really much happened in the present storyline, but the author made me care about these guys so very much that I just was so eager to figure out what is stopping them from being together and how they could overcome it.
Review Here 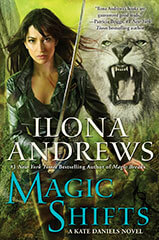 5. Magic Shifts (Kate Daniels #8) – Ilona Andrews.
At the end of the previous book in what I can probably call my favorite urban fantasy series the writers send the main characters Kate and Curran in the new direction. Curran resigned from the position of Beast Lord of Atlanta and they went to live quiet suburban life. If anybody can imagine Kate and Curran’ life ever being quiet that is ?. I think of this book as relative quiet before the push to the last confrontation with the series Big Bad (if he is still the Big Bad, because I am honestly not sure anymore).
Review Here 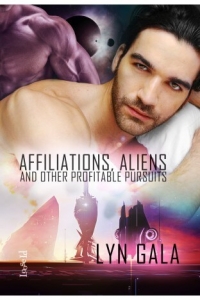 6. “Affiliations, Aliens and Other Profitable Pursuits” by Lyn Gala.
I reviewed the first two books here and I loved the conclusion as well, however I hope that this is the last book in the series. I loved it, I just do not feel there is much left to explore in the characters and the plot – in fact plot wise not much really happens in this one already.
Review to come.