I spent much of 2020 grateful to books and authors for giving me a way to visit other times and places while stuck at home because of Covid. Below, listed in alphabetical order by author, are my top eight favorite books of 2020. Some grades have been adjusted since my reviews of the books posted; the passage of time has changed my perspective.

This is also the 500th Dear Author post to appear under my by line. I’m grateful to the readers who have let me blather here over the years. Whether or not you agree with my opinions, I want to hear from you. And feel welcome to share your own year-end favorites, too. 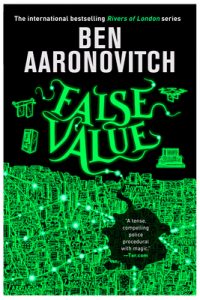 This is novel #8 in Ben Aaronovitch’s Urban Fantasy series centering on police detective/apprentice mage Peter Grant. False Value opens with Peter interviewing for a new job, security at a tech company. After he gets the job, it’s not long before he notices strange goings-on at his new workplace, hints of the supernatural and dangerous. But what will happen to his new and kind boss if the company’s dark side is exposed?

This was a back-to-basics novel and not as frenetic or overloaded as most of the previous books have been. There’s a greater focus on personal relationships that I liked. As usual there is witty narration, a diverse cast (including the biracial Peter) and a lot of fun involving magic users and supernatural entities. We get a closer look at the use and potential abuse of the Rivers’ powers even when they mean well, as a very pregnant Beverley does when a barbecue turns into holding court. Though the romantic thread isn’t central here, this is the most romantic book in the series since Foxglove Summer. B+.

The Vanishing Half  by Brit Bennett 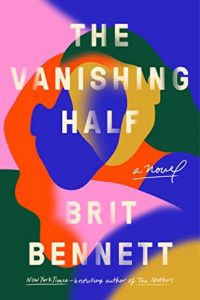 I don’t read many literary novels but this one’s great reviews, word-of-mouth, and other accolades were in the air everywhere I browsed this year. I don’t know if “enjoyable” is the best way to describe this book; parts of it are dark and/or uncomfortable. A couple of its themes hit close to home and it was a tough read for me. But even so, it was satisfying.

The Vanishing Half is the #ownvoices chronicle of twin sisters who make opposite choices—one embraces her blackness while the other passes for white—and of the ramifications of their choices over a few decades. This is material a lesser author could have easily mishandled but Bennett’s execution is thoughtful and restrained. The characters and their different kinds of pain are revealed layer by layer. Meticulous, absorbing and powerful, this was the best-crafted novel I read in 2020. A-/A.

The Voting Booth by Brandy Colbert 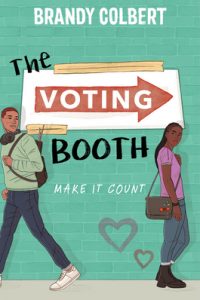 Like The Sun is also a Star, this Young Adult contemporary novel takes over the course of one day. The two endearing main characters, Duke and Marva, are both Black (Duke is biracial) high-school seniors. On the morning of Election Day, Duke discovers that his name isn’t on the voter rolls. Marva, a young activist also at that polling station, offers him a ride to his old precinct, where he thinks he may be listed. Of course, it’s not that simple.

The Voting Booth was another #ownvoices read and a breath of fresh air. It handles voter suppression without didacticism and is almost as much a romance as a novel about the primacy of the right to vote. Though they’ve only met that day, Marva and Duke see each other, aid each other, and provide one another thoughtful support. I’ve been meaning to try Brandy Colbert for years and I’m so glad I finally did. Authors of novels that deal with social justice should take note; Colbert does it as well as I’ve ever seen it done. B+. 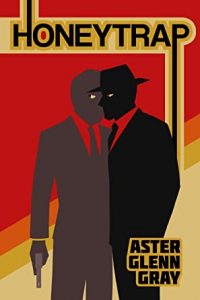 It’s 1959 and someone has taken a shot at Khrushchev during the Soviet leader’s diplomatic train trip though the United States. Soviet agent Gennady Maskevitch and FBI agent Daniel Hawthorn are assigned to search for the shooter together. Gennady has secret orders to seduce and entrap Daniel. Daniel is asked to try to get Gennady to defect. They are both bisexual; by the time the end of their assignment nears, they’ve begun to have feelings for each other. But with each loyal to his country and the US and USSR in a Cold War, so much could go wrong.

I’ve made it my policy not to include more than one book by the same author on year-end lists and I was torn on which of Aster Glenn Gray’s 2020 books to list. In the end I chose Honeytrap, the one I think more readers would like best and the one that delves most deeply into its themes. As well, Gennady is my favorite of Gray’s characters thus far. I love the way the she develops him by showing us his quirks and vulnerabilities, as well as the difficulties in his life. I love Gray’s subtle metaphors, the acuity with which she draws her parallels, and her deceptively simple style. B+.

The Vanished Birds by Simon Jimenez 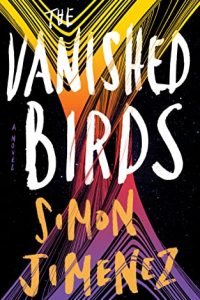 Queer fiction is having a moment. Polls such as this one say that around 4.5 % Americans self-identify as LGBT, but the percentage of books with queer themes and/or main characters that have come to my attention in recent years is far higher. Simon Jimenez’s magnificent debut, The Vanished Birds, is one of them.

A lyrical, poignant and brilliantly structured science fiction novel, it is also the story of a mother’s unswerving devotion to her son and his matching love for and trust in her, of a romantic relationship that goes awry with ramifications that span centuries, of a found family, of the oppression of a ruthless corporation, and of the power of music.

The book quite diverse, too, with characters of different skin colors and sexual identities (Jimenez is gay and half-Filipino). The novel’s chapters are almost stories in and of themselves, but there’s an overarching arc and it is–

–as tender as it is, at times, heartbreaking. If you read speculative fiction and can welcome a book that mourns as well as celebrates, read it. You won’t be sorry.
A-. 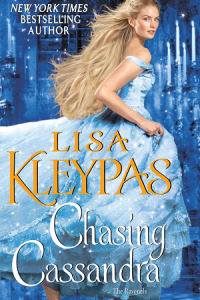 Tom Severin, a wealthy and powerful businessman, and Cassandra Ravenel, a kind, softhearted woman in her twenties, are in the market for a spouse when they first meet. There’s a problem, though. Cassandra won’t settle for someone who can at least come to love her down the road, and Tom attests that he has only five emotions and love isn’t one of them. But what if he’s wrong? Tom’s feelings for the gentle Cassandra and the entry of a neglected street boy into his life have the power to change him, if only he’ll allow it.

The dialogue in this one is witty and amusing. Cassandra exudes kindness. Although her character is underwritten, Tom is well-developed and endearing. Focused on winning the advantage in any situation, he is flummoxed by the way Cassandra affects him. For all his business acumen he is clueless about love. I also enjoyed seeing him learn about why people read novels—not for literal and logical lessons but for thematic truths that touch the heart. Chasing Cassandra isn’t my favorite Kleypas—that would be last year’s Devil’s Daughter—but it’s pretty darn good. B+.

A Deadly Education by Naomi Novik 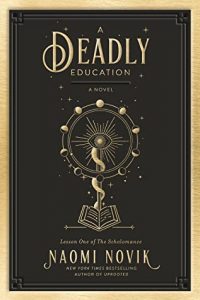 Years of rejection due to her aura of darkness have made El prickly and unfriendly to her fellow schoolmates. No one at the deadly school for mages, Scholomance, knows that El has amazing killing magic, or that a prophecy says she is fated to rain death and destruction on other mages. When El attracts the unwelcome attention of Orion, the Scholomance’s hero and savior, she not only acquires an unlikely companion but discovers heroism in herself. With her help as well as Orion’s, their fellow students might just survive four years at a school that wants to kill them.

After a rocky beginning, this fantasy young adult novel got its bearings and became—probably—the book I had the most fun reading this year. The first time I read it, I loved the last 60%, so much so that I read that part twice more. Then I went back to the beginning and read the entire book again, this time enjoying all of it. I think I may have read it one more time after that. A-/A.

Reviewed jointly with Jennie and Sirius.

Return of the Thief  by Megan Whalen Turner 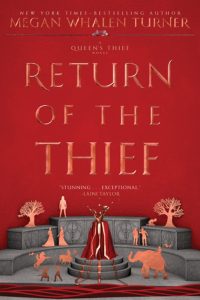 Megan Whalen Turner’s series about three small, Greece-like countries and a one-handed thief’s rise to power was published over the course of twenty-four years, with the books’ publication dates spaced anywhere from three to seven years apart. Like the novels themselves, the central character, Eugenides the Thief, has a passionate following. Each book is written from a different perspective and therefore depicts his ascendancy from a new angle, developing his character into one of the most multi-faceted in Young Adult fiction.

Return of the Thief is the series’ long-awaited conclusion. Gen at the apex of his power and he also becomes guardian to a clever, disabled, and similarly secretive boy. Pheris is the book’s narrator and I loved him. It’s a tale of love, enmity, joy, battles, mortals, gods, the wielding of power and the meaning of loyalty.

There are Easter eggs for longtime readers and many scenes delight. Though the romance between Gen and his elegant, incisive, sometimes-ruthless partner and queen is a side thread, the novel is no less romantic than many romances. It should have been impossible to fulfill expectations well enough make the long wait worthwhile but Turner did. A-/A.

Reviewed jointly with Jennie (There is also a great spoilery discussion thread here).