I want to echo what Jane said in her Best of 2013 post: “Reading is such a subjective thing so no doubt these lists have a number of books readers won’t agree with. The lists are not only flawed by the bias of the people creating the lists, but also by the books we haven’t read.” This is so true for me this year, not only because there are a lot of books published this year that I haven’t read yet, but also in my case because I read a lot of older and reissued books. I read books that aren’t by any stretch romances. I read fewer m/m romances and very few mainstream historicals. This year, I didn’t get to books by a lot of my autobuy authors, especially in category romance. Finally, I decided that I would limit myself to one book per author. With those caveats, here’s my list of my top 8 books of 2013, in alphabetical order by author: 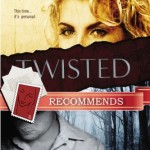 Twisted by Laura K. Curtis. I enjoy Romantic Suspense a lot, but sometimes attempts to combine romantic interludes with dangerous situations don’t work well, and the heroines are all too often reliant on the heroes to rescue them. While this novel leans more toward the mystery and suspense side than the romance side, the characterizations and setting were so well done that the overall balance worked for me. Curtis makes Dobbs Hollow come alive, and she evokes the small-town gothic feel which can make mystery novels so atmospheric without lapsing into stereotypes. The book is heroine-centric, which I love, and Lucy is a strong, competent heroine who isn’t crushed by her difficult past. Ethan is a good match for her, and while I would have liked to see Lucy saving Ethan occasionally, I found their relationship to be much more equal than I usually do in RS, and I believed in their HEA.

Bone Rider by J. Fally. This is a book that reads like a movie script, and trying to explain what it’s about it makes it sound like Mars Attacks meets Independence Day meets Innerspace, but with gay romance and Russian mobsters. This description would not be wrong, but it is so, so incomplete. The novel is long and full of different POVs and it takes the reader on quite a ride. It’s definitely not a book that will work for every reader, but if you read the first chapter or two and are sucked in, you’ll probably love it as much as I did. Riley, Misha, and McLane are one of the most intriguing and unusual love triangles I’ve met in my decades of reading romance, and the book never flagged, from the slam-bang start to the mostly unbelievable but also mostly satisfying finish. 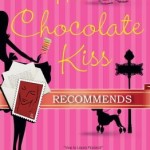 The Chocolate Kiss by Laura Florand. It’s as hard for me to choose a favorite Florand story as it is to choose a favorite macaron, but this one wins my year. It’s my favorite type of romance: a fairy-tale setting with characters that feel as if we could run into them in our own lives. The location of the Île de France contributed to the other-wordliness of the story and enhanced the sense of Magalie’s retreat from the world around her. The hero, Philippe is as nuanced and complex as Florand’s best depictions, and Magalie, the heroine, is utterly captivating. And Magalie’s aunts, Geneviève and Aja, are both a subtle reminder of the varied types of enduring love that exist as well as much more than the somewhat dotty eccentrics they first appear to be. Best of all, it’s a fabulous enemies-to-lovers story. 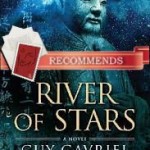 River of Stars by Guy Gavriel Kay. This companion novel to Under Heaven is set in a 12th century country based on the Song Dynasty of China. Like Kay’s other books, this is more historical fantasy than historical fiction; the characters are based on real people but it is not a fictionalization of those real lives. The writing is lush and elegant, and while this is primarily a novel of ideas, the romance between Ren Daiyan and and Lin Shan recalls the epic romances that many of us love to read and have trouble finding these days. 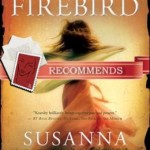 The Firebird by Susannah Kearsley. This is a sequel of sorts to both The Shadowy Horses and The Winter Sea, but it can be read on its own. Like some of Kearsley’s other novels, it has parallel narratives set in the present and the past, with romantic story lines in both. I adore The Winter Sea, and the structure and story lines of The Firebird recall that book stylistically and substantively. Both Nicola and Rob in the present and Anna in the past are wonderful characters, and I especially loved Anna. It’s unusual and so welcome to read about a child who is smart and precocious but always feels like a child, and she grows into just the kind of woman you expect her to be. The Firebird is romantic in so many ways: the relationships, of course, but also the settings and the atmosphere. 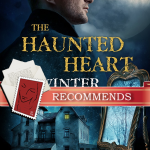 The Haunted Heart: Winter by Josh Lanyon. 2012 was a tough year for some of us when Lanyon was on sabbatical. This 2013 release marks the first novella of a series (Winter will be followed by the other seasons, so there will be four installments in all). It combines classic Lanyon character types and mystery plot with a dash of paranormal to create a mystery-romance-ghost-story. Lanyon is one of the few m/m writers who creates characters with traumatic backstories and then dials down the angst, rather than dialing it up to 11. This installment concentrates on the narrator, Flynn, and as the story progresses we learn more about why he feels he doesn’t have much to live for. He’s matched by an older, more mature love interest who has his own issues to deal with. The restrained style meant that the revelations hit me with greater force, and while there is definitely an HFN to this installment, I think the HEA is going to take quite a bit longer. For new readers who enjoy ghost stories, this is an excellent way to introduce yourself to Lanyon’s work. 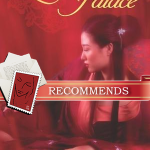 The Lotus Palace by Jeannie Lin. I really enjoyed The Sword Dancer, Lin’s Harlequin Historical release, but this book is just so good in so many ways, it edged the former out when I had to make a choice. The added length gives it a texture and complexity that the shorter format doesn’t allow, and both the mystery plot and the romance can unfold at a leisurely pace. The setting of Tang Dynasty China in general and the Pinkang Li quarter in particular are beautifully realized. Wei-Wei and Bai Huang come from very different classes and have very different personalities, but their romance is believable and enthralling. Lin manages to overcome the major class barriers to the HEA in a way that makes sense for the time, and as I said in my review, “the way the context and the language reflected a more formal, hierarchical society while still showing the way romantic and familial love shaped people’s motivations and actions” made this an unmissable, memorable read. 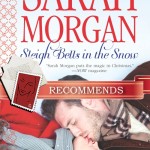 Sleigh Bells in the Snow by Sarah Morgan. If I’ve had one complaint about Morgan’s category romances, it’s that I’ve found the shorter word count to be detrimental to a fully realized story, so I was very curious to see what Morgan would do in her first single title. It met all my hopes and expectations. This is a Christmas story for people who have decidedly mixed-to-negative feelings about Christmas (there are a lot of us out there), and Morgan is able to combine a fairy-tale storyline and setting with realistic characters. No one captures both the happiness and the sorrow of the holiday season like Morgan does, and she expertly mixes small-town romance with humor, warmth, and poignancy. And best of all, while the hero is terrific, this is a heroine-centric story with a number of interesting, strong women characters.