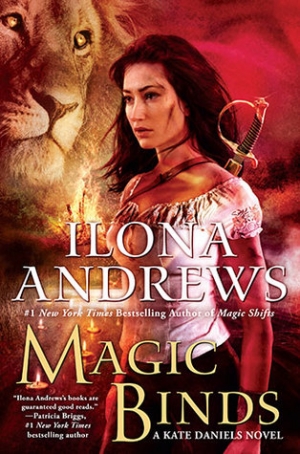 I liked it even more than she did. I thought it was one of the best in the series. I liked the previous book a lot, but it was a transitional one and I thought they managed the transition here admirably. I loved the action and adventure, and as always I admired how they manage to keep the chemistry between Kate and Curran as fun as ever, showing how they are growing and changing as they work on their relationship while simultaneously trying to save the world and battle Kate’s father. Speaking of Kate’s father – I still have no idea how they will resolve the build up at the end. I won’t care if Kate kills him, but something tells me that the solution will be even more interesting. I always enjoy the humor in these books, and in this book I thought the balance between the funny and the danger worked perfectly. I enjoyed watching Kate dealing (in her own special way) with wedding preparations, and Roman? This storyline was hilarious.

The only thing that bothered me was the way one of the important characters regressed in his character development. It is not that I could never see him behaving like that, but I would have found it more believable in book three than in book nine.

I reread this book several times already and I plan on going back to it again. 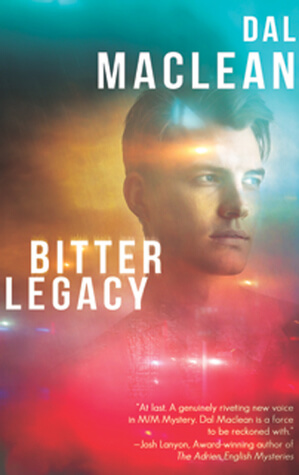 This ended up being a very memorable book for me (although, come to think of it, it has been a little less than three months since I first read it and I have not reread it yet).

This mystery/romance pleased me first and foremost because I thought that the policeman was allowed to be a real policeman. It does not happen too often in m/m romance that we see the details in an investigation of a complex murder mystery. I enjoyed the romance too, and as messed up as their relationship initially was, I was rooting for both of them. As I said in my review:

The funny thing is that I still liked Ben – I accepted his flaws and forgave him once all his secrets were out in the open. I love when an author manages to write a flawed character who is still likeable (To me, that is, and opinions of course may differ – remember the treating James like shit part). But I also think that the conflict between them was wonderfully chosen – nothing contrived, just basically as much as they fell in love, they eventually clashed because of who they were as people and what they wanted from the relationship. And I want to stress that I really liked James too. The guy is dedicated to his work, gives all of himself when he falls in love, realizes that he is not perfect – what’s not to like?

Here is the link to the review: 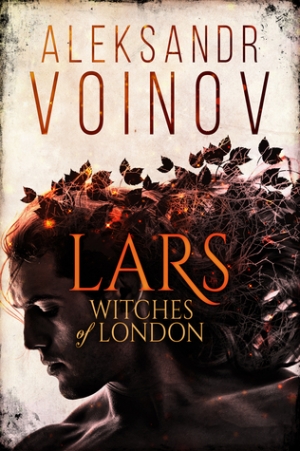 I am not entirely sure why I enjoyed this book so much. It was beautifully written, but more often than not I prefer faster moving books with more things happening than was the case in this story. Is it because the pagan practices resonated with me so much? That is part of the answer, but there were no specific ways of worship in this story that I was interested in exploring. So maybe it was just its general mood? Also, Lars and Rhys just stayed in my heart. I liked the quiet way their romance developed, I really liked how believable the conflict was, and resolution made sense to me too. I also liked Lars’ group of friends and can’t wait to read more books featuring them as main characters.

And of course we have Lars’ and Rhys developing relationship, which I really liked. It is set amongst Lars renovating the house and complicated by Rhys’ illness. I was very pleased how the author chose to handle that illness. Another reviewer of the book said something along the lines that Rhys was ill in every scene in the story and I agree with that, and I say it as a compliment. To me this means that the storyline was handled consistently. The author did not forget about Rhys’ being sick in some scenes and then bring his illness back again when it suited the needs of the plot. It was depressing to me, but I also really liked it.

I was also a little worried when Lars and his friends tried to help Rhys through their faith, their energy, and their magics – I do not want to spoil the story, so I am going to be vague about it. But basically I was afraid that Rhys would be magically cured, and that would not have sat well with me. I was glad when the story went in a slightly different direction.

I really liked Lars – he was a kind, loyal soul who knew who he was spiritually, but he also seemed interested in learning about others and who was very kind to everybody around him. I liked Rhys too, and his doubts made perfect sense to me considering how sick he was. The conflict was understandable, but when they bot back together that felt right too. 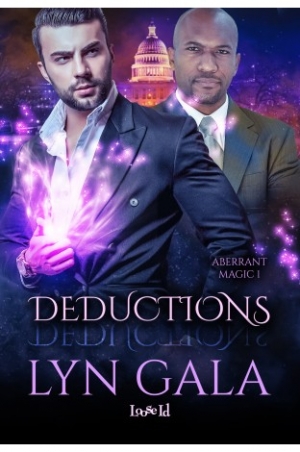 I am linking to my review of the first book, but I recommend the whole trilogy.

Meet the FBI’s Magical Talent Unit. Kavon is a Shaman and Supervisory Agent for the Unit. As the book begins Darren is a Mundane member of the Unit (somebody who has no magic, or so they think) and his reason for being there is to question suspects who have the right to demand a mundane agent. As we meet the guys we learn quickly that Darren has carried a torch for Kavon for several years, but for many reasons Kavon has held back. Some interesting developments bring them closer to each other, and then with Darren discovering hidden magical abilities things get even more interesting for everybody. Oh, and Darren’s spirit guide Bennu kicked ass big time throughout all three books.

“In the meantime the team is investigating disappearances and possible kidnappings and murder of several adepts, and of course Darren gets himself right in the middle of everything now that he is not mundane.

Moreover, since he is no longer mundane, there is nothing to stop him from having a relationship with his boss, nothing except his boss’ desire to protect him. I was glad that Darren let Kavon have it – about him being a grown up and all that. The book is written in alternating third person POV from both Darren and Kavon’s POV and we learn that Kavon was also attracted to him. He only pushed him away because he was following the rule on prohibiting fraternization with coworkers without magic. I was glad, though, that the book had only two sex scenes and one was at the end, because they had to work and work was given the higher priority (they were investigating a brutal case where people’s lives were in danger) .

The adventure was fun and pretty fast-moving, but I was kind of disappointed with the reveal of the main villain. There was no buildup, no nothing – on one page he is mentioned as one of the suspects and then boom, he makes his move and it is crystal clear that he is the villain.” 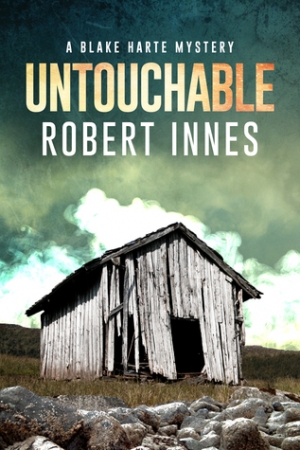 Since I read this book very recently I am unable to judge how memorable it will turn out to be for me, but I was so impressed by that I wanted to put it on my list. First and foremost this is gay mystery, not romance, although if the books continue there is a good chance for secondary romantic storyline to appear.

“I really liked the mystery and its resolution in this book. I thought the whole story was very tightly written and the writer did not seem to waste any words, I felt like every word was necessary to move the story forward. This was one of the mysteries where we have limited number of suspects (very limited in this one in fact), but if you think that you have it figured it out right away, think again. It is hard, almost impossible not to think about suspect right away, but the writer managed to surprise me not once but twice with the resolution. I also thought it was very realistic.

You would probably want to know whether there is a romance in this book. No, it is a gay mystery, not romance set upon mystery settings and not even mystery/romance. True, there is a barest hint of attraction between the policeman and one of the suspects, but Blake reminds himself that he is investigating the murder of Harrison’s boyfriend and that’s about it. There is nothing sexual and nothing is sexualized meaning that we are not treated to policeman and Harrison having sexual fantasies about each other, which to me would have been just as irritating as if they had sex while being policeman and suspect.” 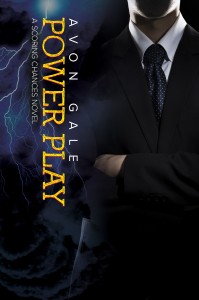 I reviewed this book recently but I already know that I will keep coming back to it. I stumbled upon it by accident, perhaps because the Russian character intrigued me, but even though I ended up really liking Misha, Max charmed the socks out of me.

Misha and Max are hired to coach the same team and they have a shared past from their playing days. Max had an accident which pretty much ended his career as a player and Misha, who was involved in the incident, had been feeling guilty about it for years. They were both determined to be professionals about their past, and Max is also determined to keep Misha from feeling too much angst about the past.

“Their building relationship aside, we also get to observe Max and Misha actually doing their jobs, shaping up their team, and helping the players when they have problems on and off the ice. I enjoyed those parts as well, but once again – hockey is something I like but don’t know much about, so any possible mistakes flew off my radar. I did think it was entertaining, that much I can tell you.

I also liked the humor in the story. I giggled several times while reading and smiled a lot.”