If You Like Holiday Stories…Recommended by the Dear Author crew

Given that this is the holiday season, I thought it would be fun to gather a list of holiday recommended reads. Unfortunately the list is largely Christmas oriented, in part because there are so few non Christmas holiday stories out there. Leave your own recommendations in the comments so readers can refer to this list in the years to come. 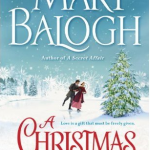 Janine recommends A Christmas Promise by Mary Balogh. Balogh’s A Christmas Promise is a class difference marriage of convenience story in which the main characters were both in love with other parties before being forced to marry, he by a debt he inherited and she by her dying father’s wishes. The book also deals with death and grieving, which keeps it from getting too saccharine.  Reviewed here. 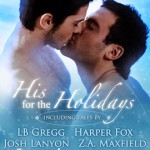 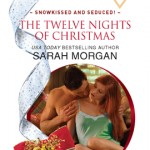 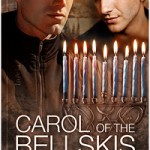 His for the Holidays: This was Carina Press’s first m/m holiday anthology, with stories from LB Gregg, Harper Fox, ZA Maxfield, and Josh Lanyon, and it’s a great introduction to m/m romance. The stories range from humorous to angst-ridden, and all the authors are well regarded in the genre and very different from each other. I also like being reminded of the holiday issues that are different for some of us, and those that are the same for all of us.  Reviewed here.

The Twelve Nights of Christmas by Sarah Morgan, who writes some of my favorite Christmas stories. They are suffused with a sense of the season, but they’re never preachy. This one has a workplace romance with a sweet, sunny-dispositioned heroine and a yummy but verging-on-Scroogelike hero, and while it has Morgan’s trademark humor, it also has some poignant scenes that might make you wonder if you just got some dust in your eye.

Carol of the Bellskis by Astrid Amara. This one is set during Hanukkah and stars a Jewish paralegal, his handsome, closeted boss and lover, assorted Jewish guests at a B&B, and Whistler, BC. Amara thoroughly immerses you in the festivities, and while there is both humor and steamy m/m action in this novella, there is also a lot more than that. The guests aren’t just caricatures, our heroes find a way to an HEA, and the reader is gently and pleasantly reminded that there is more than one religious holiday that falls in December.  Reviewed here. 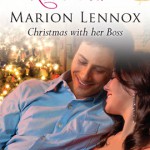 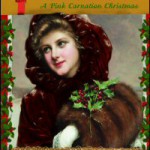 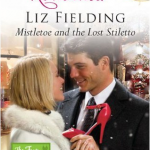 Christmas with Her Boss by Marion Lennox – Rich Australian CEO gets invited by his assistant to spend Christmas at her family dairy farm where the two discover love amidst the milking. Reviewed here.

The Mischief of the Mistletoe by Lauren Willig – Overlooked heroine and genial but “not the brightest bear in the woods” hero find their HEA during the holiday season while Spying for England.  Reviewed here.

Mistletoe and the Lost Stiletto by Liz Fielding – Fun and flirty bon bon of a holiday story of two nice people who find their Mr/Miss Perfect during the busy buying season in London.  Reviewed here. 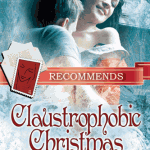 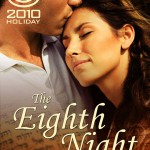 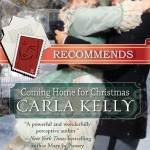 Claustrophobic Christmas by Ellie Marvel – Funny novella in which the heroine with the titular issues is wooed by a sweet hero while they’re stuck in traffic due to bad weather.  Reviewed here.

The Eight Night by Sandra Sookoo – A Hanukkah novella in which the orphaned heroine who has lost her faith finds happiness with the Jewish hero who impulsively invites her to the family gathering to fend off his matchmaking female relatives.  Reviewed here.

Coming Home for Christmas by Carla Kelly – Christmas across the nineteenth century which loosely follows the members of one family finding that perfect someone during wartime and decking the halls.  Reviewed here. 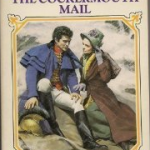 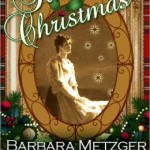 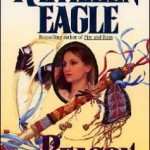 The Cockermouth Mail by Dinah Dean – A road romance in which a wounded war veteran and a woman on her way to a dreary future as a governess find love while stranded at a country inn during the holidays.  Reviewed here.

Father Christmas by Barbara Metzger – Hilarious controlled chaos ensues when the childness Duke of Ware decides to “borrow” one of his deceased cousin’s sons for an heir and their mother objects.

Reason to Believe by Kathleen Eagle- an estranged couple finds their way back to each other during a freezing cold cross country ride in honor of the hero’s Lakota ancestors. 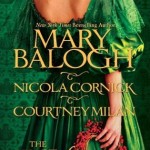 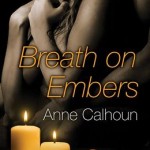 This Wicked Gift by Courtney Milan. This historical novella made my top of 2010 list. Lavinia Spencer manages her family’s lending library. Just before Christmas she’s horrified to find the few coins she’s saved for Christmas dinner have been “borrowed” and “invested” by her unthinking younger brother with a swindler who now demands even more of the Spencer familiy’s meager resources. All is not lost, however. A young man who comes regularly to the library and whom Lavinia fancies, Mr. William Q. White, offers Lavinia a way to recover her funds. The story is sexy, funny, full of unexpected twists, and features great protagonists. Despite its brief length, it tells a wholly satisfying holiday tale. It was a 2010 RITA for Romance Novella finalist.

Breath on Embers by Anne Calhoun.

Many novels explore the grief engendered by losing someone we love; many romances tell the story of finding love again after such a loss. I’ve read lots of tales of “a second chance at love” and few of them have felt as powerful as did this novella by Anne Calhoun. Her heroine, Thea Moretti, lost her husband Jesse two years ago during the Christmas season. When Jesse died, so did much of Thea. Thea is “seeing” firefighter Ronan just for amnesiastic sex and she’s sure that’s all she’s capable of feeling. Ronan, however, knows that beneath all of Thea’s pain is a fiercely feeling woman who needs to learn to trust in emotions again.He’s sure he’s the man who can make her feel. The story takes place over the few weeks before Christmas and is perfectly placed in Manhattan. It’s dark, sexy, moving, and all around fabulous. Reviewed here. 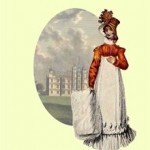 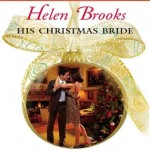 A Curious Courting by Laura Matthews. An eccentric young woman who has spent much of her youth parenting her male cousin finds love with a prickly and uptight gentleman. While not exactly a holiday story there is snow and sleigh riding.  Review here.

His Christmas Bride by Helen Brooks.  Brooks often writes about a wounded heroine who is persistently (but not in a stalkerish, Edward sort of way) by a wealthy male (often with chest hair).  This is the formula I like best from Brooks.  In His Christmas Bride, photographer Blossom has never really recovered from being betrayed by her ex and she’d like to live out her life as the beloved spinster aunt to her sister’s children.  Zak Hamilton takes one look at Blossom and falls almost instantly but spends the whole book trying to convince her to take a chance on him.  Reviewed here.