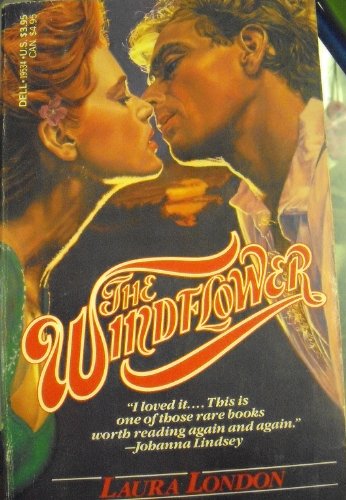 UPDATE: Robin has an extra copy of the original first edition of The Windflower hanging around the house, that she’s giving away to one commenter. Please see the details at the end of this post and enter via the Rafflecopter.

Welcome to the first book club of 2014. Today we are hosting Sharon & Tom Curtis’ book The Windflower.  Read the review here. The following are some questions that will launch our book club chat.

1.    Okay, let’s get the most important question out of the way first: what have you been doing in the years since you wrote your Romances, and are you planning to write any new books? What kinds of characters and stories interest you now?

In the years since we wrote romances, Tom has been working, driving his 18-wheeler. Sharon worked in bookstore management. Sharon cared for her mother while her mother was ill with lymphoma. We read lots, Tom went on long hikes with the dogs, we watched our children complete their education, start their professional lives, marry and begin families. We played with our grandchildren. Tom and the kids continue to perform Irish music in the family band. We were politically active. Sharon watched baseball. Tom went on three day bike trips with friends, which Sharon calls the tavern tours of northern Wisconsin due to the frequent enjoyment of libations along the way.

We are currently working on an urban fantasy. We like characters with vulnerabilities, psychological baggage, big hearts, a healthy sense of humor and a pronounced appetite for life. We like stories with adventure, humor, surprises and good outcomes.

2.    In what ways do you think the genre has changed since you started writing? Why do you think your books have remained popular for 30+ years?

We love the way the romance genre has grown in readership and the sheer volume of novels that are published every month. There are more sub-genres within the wider circle of romance, more chances for readers to find a niche that really appeals to them and more titles to choose from.

We feel incredibly grateful that there are readers who are interested in our books. Just guessing, but it seems that the product of our imagination must be relatable to the imaginations of our readers. 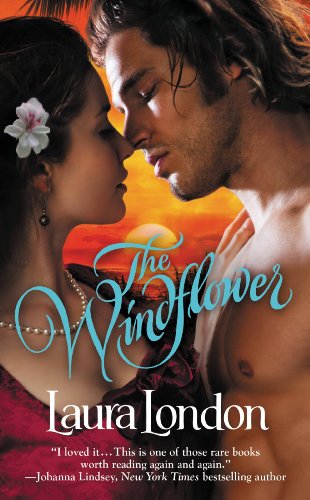 3.    There are a number of literary allusions in your books, especially to Shakespeare. Were you intentionally working with any particular types or specific literary works in your books, and if so, can you give some examples?

It’s too long ago for us to remember exact examples, but Tom was an English lit major at the University of Wisconsin in Madison, and had recently completed a two semester course on the complete works of Shakespeare, taught by a brilliant young professor.  To say that these great works were very much on Tom’s mind would be an understatement. He had read and studied in great detail every word Shakespeare had ever written. He had  classes on Milton and Jane Austen that made quite an impression as well. He was more full of literary allusions than you could shake a stick at. 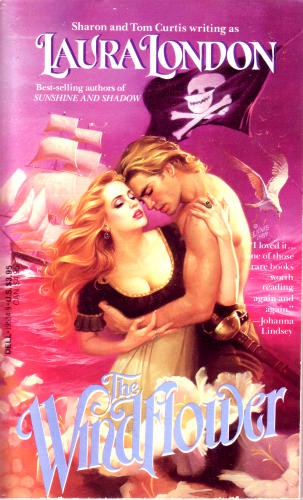 4.    One of the most appealing aspects of The Windflower for us is the tone of the book. It is a *fun* book to read, and it feels as if you’re both celebrating the genre and gently having a bit of fun with it. Are we reading too much into it, or were you giving a bit of a wink to your readers with Merry, Devon, and Cat?

Thank you for noting and complimenting the tone of The Windflower. We were indeed celebrating the genre and, in moments, and lovingly, having a fun with it. It was a wonderful writing experience. 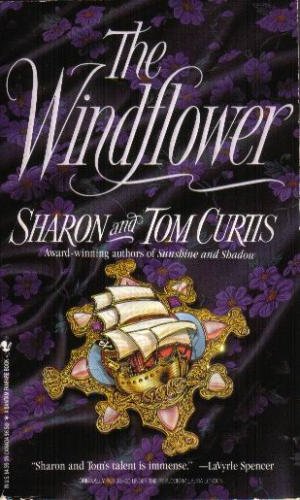 5.    It is often said that Romance is a women’s genre, and that it should stay that way. Given the fact that half of the Laura London writing team is male, what do you say to that?

Tom says, “Men have romantic feelings but they are not in the habit of fully expressing them. Many of those romantic feelings are based on gratitude. If most men wrote a romance novel, it would be about one hundred ways to say thank you. Very boring.“

In addition to our review and the Q&A, we’ve put together some questions we hope might help provoke discussion:

1. How do you think The Windflower compares to other historical Romances of its time? Compared to those currently published?
2. Who’s your favorite character and why? Who’s your least favorite character and why?
3. This book is often talked about as part of the “forced seduction” trope, even though Devon and Merry don’t get past second base until they’re married, and by then it’s completely consensual. Thoughts?
4. Why do you think this book remains a classic in the genre? If you don’t think it should be, why not?
GIVEAWAY!
In celebration of the re-issue of The Windflower, we are perversely going to give away one of the original editions of the paperback, published in 1984. These became a bit of a collector’s item over the years, and one of us managed to hoard collect a few of them.a Rafflecopter giveaway

To enter, please tell us which Classic Romance novel you would take with you to a desert island.