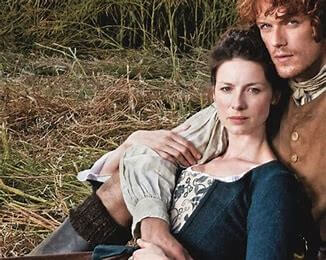 Guests can follow in the footsteps of their favourite characters, while living like a true Laird and Lady in an authentic 18th century Scottish castle.

You can visit filming locations and work with the concierge to tailor your package tour to also include “whisky tastings, traditional ceilidhs, clan battles, and Scottish pipers.” Prices start from £5,930 ($7,606) per night including VAT for private hire with all bedrooms.

Can £27m a year bring a language back from near death? – Maybe all this Outlander attention can help revive the language Jamie spoke?

In 2018, along with about half of the world’s estimated 6,000 languages, Scottish Gaelic is considered at risk of dying out. On Unesco’s list of imperilled languages, it is classed as ‘definitely endangered’. Research suggests that one of the biggest factors to blame for killing off minority languages is a thriving economy. As economies develop, one language often comes to dominate a nation’s political and educational spheres, meaning people are forced to adopt the dominant language or risk being left out in the cold.

Once spoken across Scotland, by 1745 usage had shrunk to the Highlands and Outer Hebrides. After Culloden, government suppression followed by the Highland clearances struck death blows. Now things might be changing as governments see £ signs and jobs from it.

Today, latest research by Highlands and Islands Enterprise in 2014 puts the present yearly economic value of Gaelic at about £5.6m and estimates its potential as high as £148.5m. In sales and marketing, for instance, it can enhance perceptions of uniqueness, authenticity and provenance, thus increasing appeal to target customers.