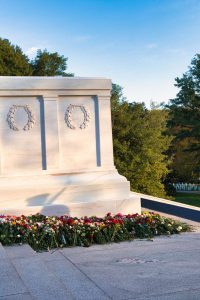 I’m just listing an assortment of various articles I’ve read so far this morning. Thank a veteran today for their service.

Families of service members struggle during the pandemic – “More than 27 million Americans say they don’t have enough food to eat. But the problem has become especially bad for military families.”

“Chinese American WWII vets were ‘forgotten, ignored and excluded.’ That’s no longer the case” – “World War II changed the lives of all Chinese-Americans,” said Montgomery Hom, a Chinese American historian and filmmaker. “The war was a monumental event that was the impetus that forever changed the Chinese community.”

“Veterans exposed to burn pits will get expanded health care support, White House says” – The Biden administration on Veterans Day announced a series of new support options for veterans who had been exposed to “contaminants and environmental hazards,” such as burn pits, while serving.

“Legislation targets historic GI Bill racial inequities” – “For Veterans Day, a group of Democratic lawmakers is reviving an effort to pay the families of Black service members who fought on behalf of the nation during World War II for benefits they were denied or prevented from taking full advantage of when they returned home from war.”

“Is it OK to say ‘Happy Veterans Day’ or ‘thank you for your service’? Here’s what veterans say” – “Veterans Day may look different again this year because of the COVID-19 pandemic, but knowing the right things to say to a veteran on the national holiday is the same.

On Thursday, veterans across the country and globe will be celebrated in a holiday dating back over 100 years after an agreement was signed to end World War I hostilities.”

→ Jayne
Previous article: Review: A Marvellous Light (The Last Binding #1) by Freya Marske
Next Post: REVIEW: Season of Us by Pamela Sanderson