To borrow HM The Queen’s description of 1992, this year has been an “annus horibilis” But let’s find some good news to try and counteract that.

DC restauranter gets back after giving for seven years – Since he opened his restaurant in 2013, Kazi Mannan has followed the example his mother set for him, to give to those in need, by offering free meals to the homeless.

“We will honor you and respect you the same way we honor and respect, you know, paying guests,” he told CBS News in 2019.

When the pandemic hit and his revenues took a dive, he realized in July that he couldn’t continue providing free meals for those in need. After he set up a GoFundMe page, the world responded with over $250,000 in pledges that Mannan says will allow him to continue getting joy from giving.

On the first day of Christmas my true love gave to me … a Koala in a tree – A woman near Adelaide, AU came home to find a young koala had entered her house and decided to climb the Christmas tree. She called a local rescue group who at first thought it was a prank call. After removing the healthy female from the Christmas tree, they released her outside.

The team celebrated the successful removal on Facebook with a festive ditty: “Tis the season to be jolly, Koalalalala Lalalala.”

A group of Atlanta entrepreneurs help local families buy food. – Food insecurity now affects millions more Americans than it did before the pandemic. But one group of people gave a Thanksgiving surprise to families in Decatur, GA.

“As Black entrepreneurs, we got to give back to our communities,” said Brad Giles, another benefactor involved, on his Instagram.

For two hours that day, the group took over all twelve aisles of registers and donated more than $40,000. 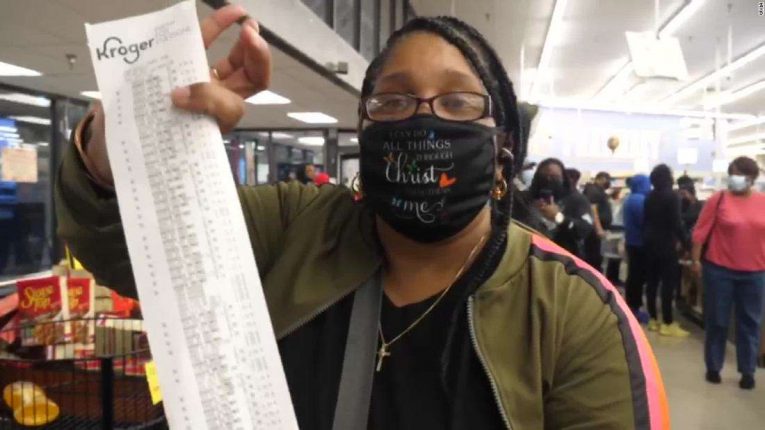