This is a stylus for iOS with several models available. Here’s the thing. I must not be the right person for this product. I was excited about the Livescribe pen. I’ve continued to use it a lot. I should be excited about this one, too, but I’m. . . not. Maybe if it worked with Paper by 53? But I have the pen sold for use with that product. 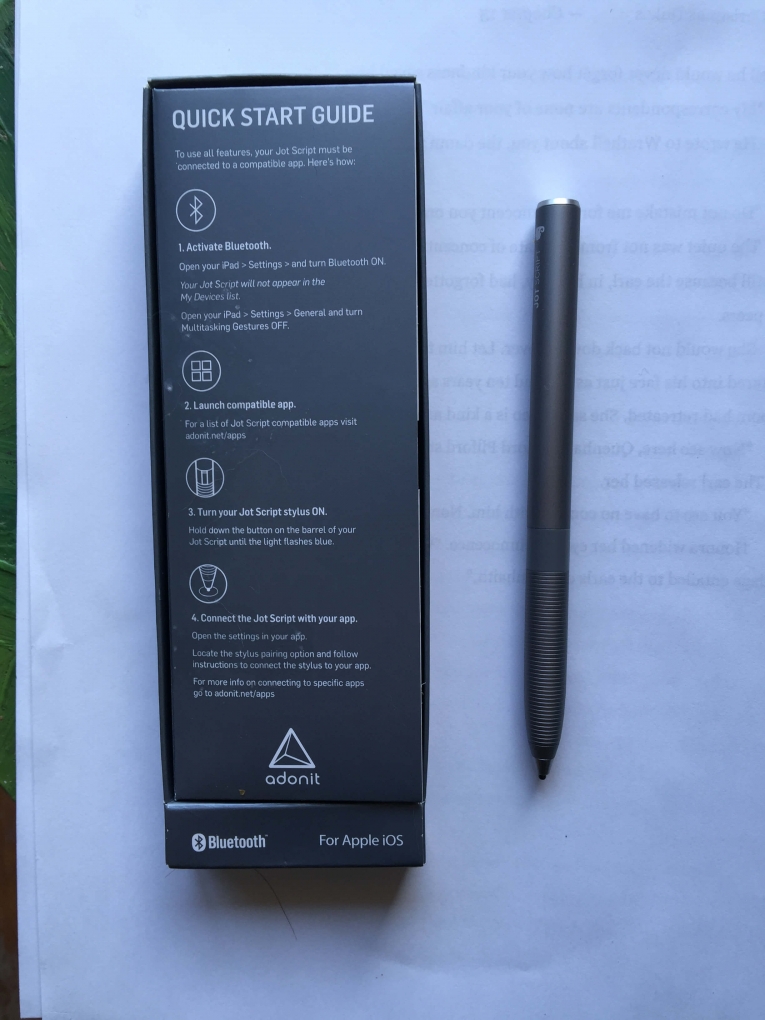 The JotScript styluses are $49 and up. The JotScript 2 was $79.00. I don’t make my living with my art. But I can sketch recognizable objects that look pretty spiffy, and I would really like to use my tablet as a sketch pad. So far, Paper by 53 is the one I keep using. However, I don’t own any of the drawing apps that work with the JotScript. I might purchase one and see if that changes my mind.

I do, however, have the Penultimate App so that’s the app I used for this set of tests.

Setting up the pen

Setting up the pen was easy. I hardly had to look at the instructions at all. That’s always a win in my book. It connects via Bluetooth. Open up the compatible app and tap where indicated to connect the stylus, do a little set up and you’re done. There is a USB powered charger. 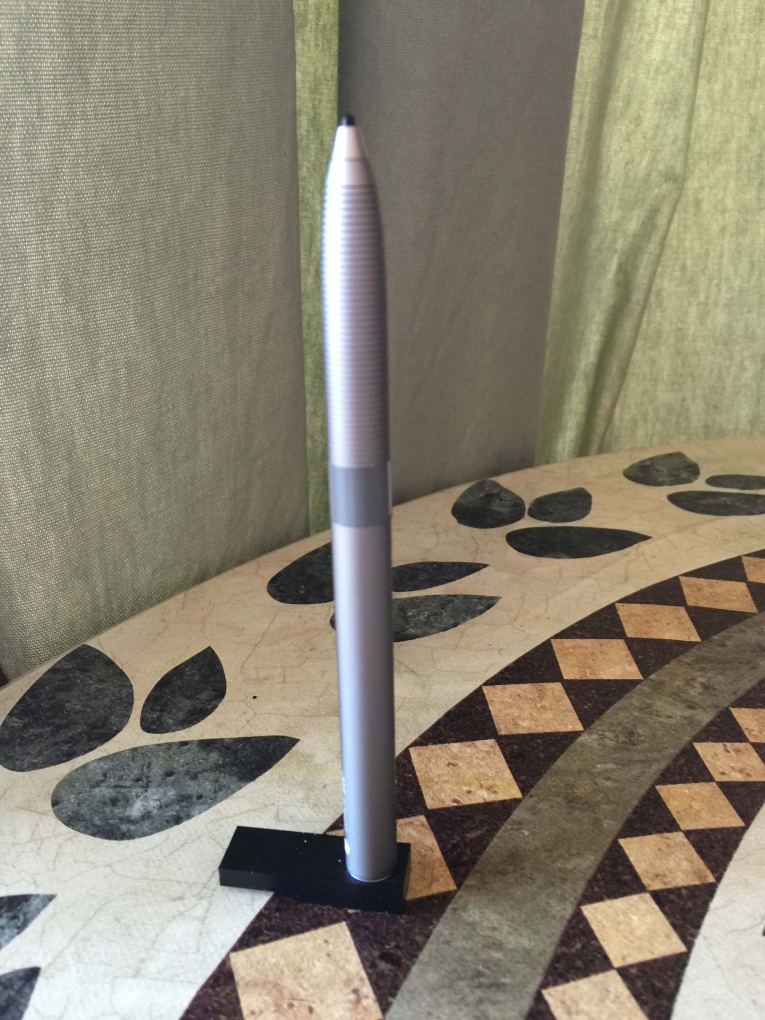 The end plugs into a USB port, you put the end of the pen on the end of the charger and voila! A rocketship! Battery life is pretty good, by the way.

Using the JotScript with Penultimate. 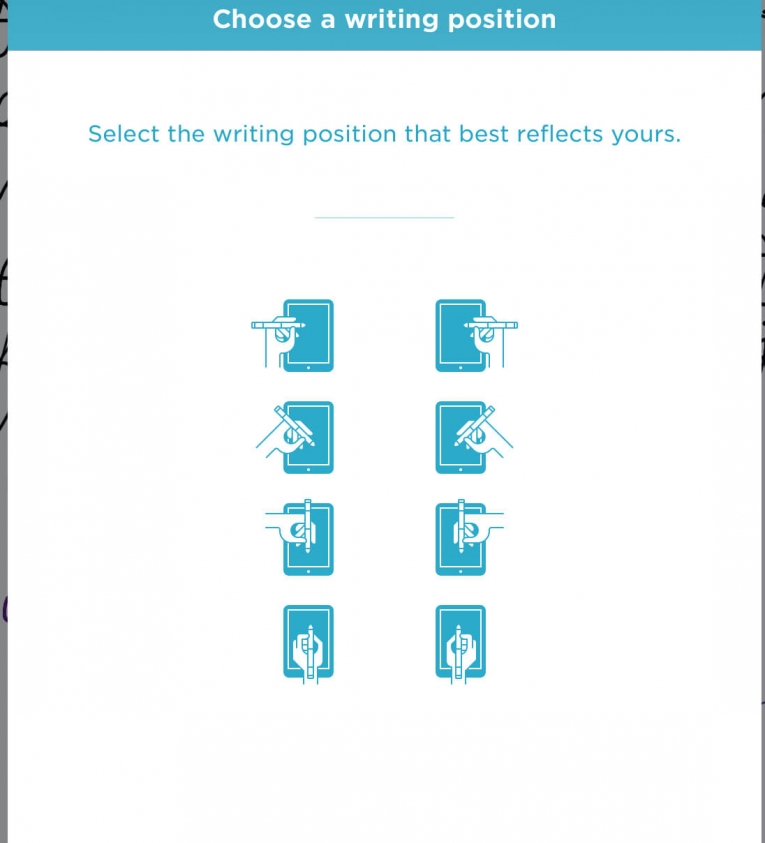 This should have been more fun than it was, but maybe the poor results explain that. The app itself has a lot of functionality. But remember, is review is about the pen. There are pictures on the website that suggest you can get a stabilizing gizmo which is seems is something that is a necessity. Because even with the recommended settings, this is how it wrote: 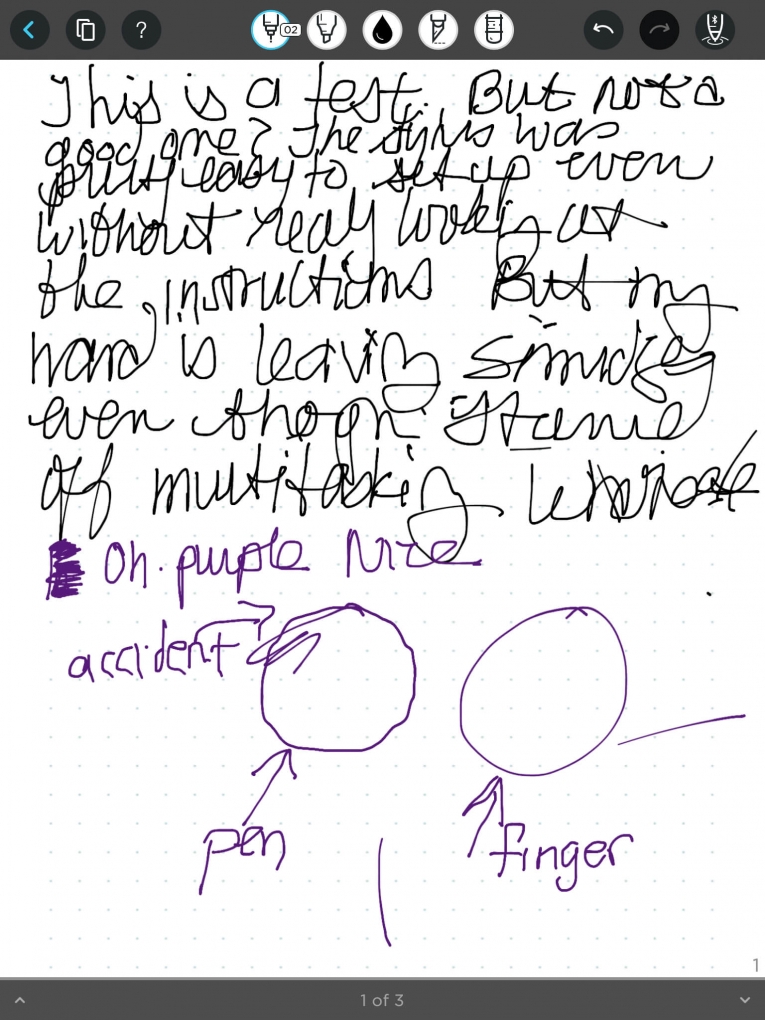 My bare finger drew a better circle than the stylus. The writing is worse than my actual writing. 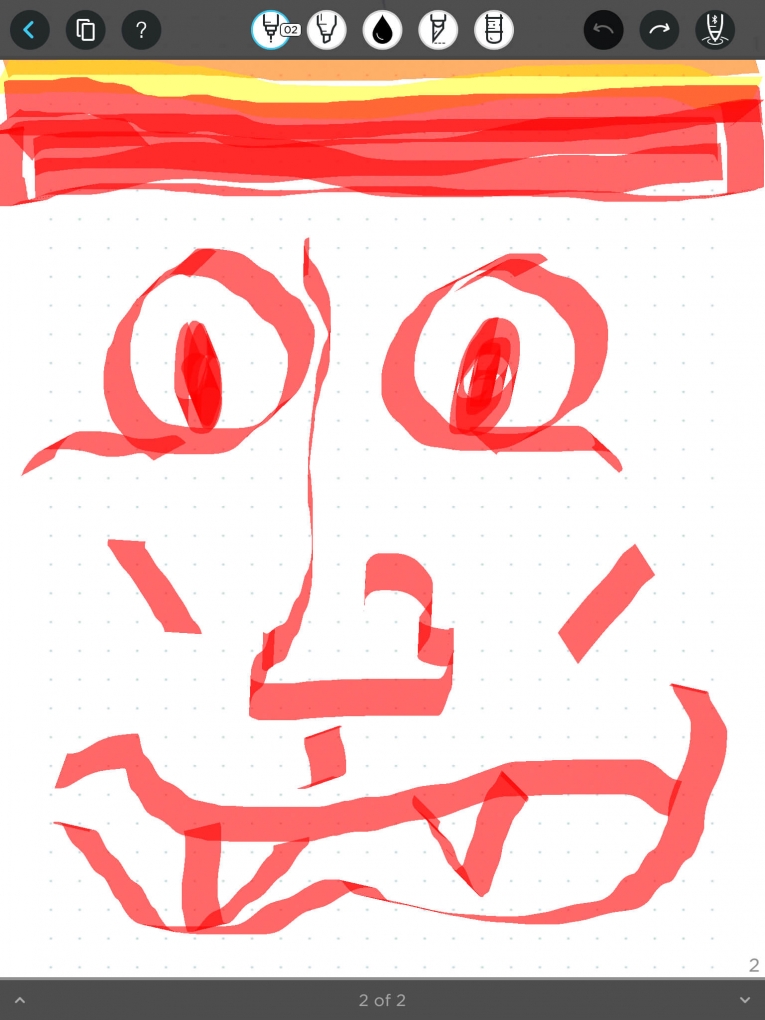 Here the drawing features of Penultimate show that it’s possible for the pen to be quite useful.

Mostly, I’m meh. As a note-taking stylus my experience was a total fail. If the stabilizer gizmo is required for neat notes, then, well, I’m pissed off. Don’t sell me a product that is not adequate for the advertised use. This is like the days when they sold printers without cables. People often ended up with a device they couldn’t use until they made yet another purchase.

As a drawing device, I can’t really say. It doesn’t work with the drawing app I have. So, I might check out one of them. But I want a stylus that will take notes. This doesn’t do that.

I feel awful, but there you go. Meh.