Also read and reviewed: A Study in Scarlet Women by Sherry Thomas and Hard Hitter by Sarina Bowen. 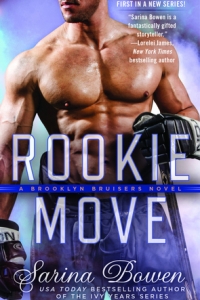 This was dual-reviewed by Janine and Kaetrin here – my grade matches Janine’s B- (Kaetrin liked it a bit better and gave it a B+). I found Rookie Move quite readable and the protagonists likeable, but the whole story still felt sort of blah to me. The h/h had a past relationship that crumbled after the heroine was raped. But the conflict was slight; the breakup was treated more as the result of a youthful misunderstanding rather than something that really grew from actual serious issues. I’ve had similar problems with both of these first two books in the Brooklyn Bruisers series – serious subjects are given light treatment. I still like the books, but I wish they either went a little deeper or didn’t introduce heavy topics into the storyline in the first place (preferably the former). 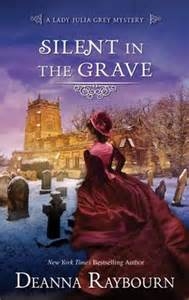 Silent in the Grave by Deanna Raybourn

I picked this up in the Daily Deals probably a year ago; I’ve been drawn to historical mysteries for a while now though I am kind of picky about the ones I read (that reminds me; I really need to get back to the C.S. Harris series). This one was somewhere between a B and B+ for me; I’ll likely continue the series, but maybe not right away. The story was pretty compelling and I liked the heroine, for the most part. At times she felt a little shallow to me – she seems to view the investigation into her husband’s murder as something of a lark, which I found strange. But I think she has room to grow and I liked her potential love interest. The solution to the murder mystery was rather byzantine. I did guess the killer, if not the motive, very early on. So, yay me? The Eyre Affair by Jasper Fforde

Another Daily Deal, and a book I’ve heard good things about for ages. I was sure I’d like it, but then I kind of just…didn’t. It was well written and very clever (sometimes too clever for me; I had trouble understanding what was going on in spots), but I felt that it lacked heart. The protagonist, Thursday Next, is a literary detective in alternate-reality literature-obsessed England, where characters from classic novels sometimes get pulled into the real world, and vice versa. It may have been the mood I was in when I read it (certain real-life events had me pretty unhappy), but as a first-person protagonist, Thursday felt dull and almost emotionless to me. I didn’t really care about her or the other characters. I’d give this a low B- or a high C+, mostly because it really is well written (and I understand why other readers like it better than I did). 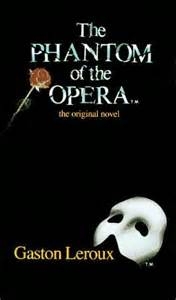 The Phantom of the Opera by Gaston Leroux

For the past few years around Halloween, I’ve tried to pick out a classic older horror novel to read. The experiment has had mixed results – neither Dr. Jekyll and Mr. Hyde nor The Picture of Dorian Gray did much for me. I did, however, really end up liking Dracula. Anyway, this year I chose The Phantom of the Opera, in part because I have an abiding fondness for the musical and just saw it again on stage fairly recently. (Shut up. I like Andrew Lloyd Webber, okay?) It turned out to be another one that was just so-so (and not particularly scary, though to be fair I don’t expect to be scared by these older books, necessarily). The plot was pretty familiar as someone who knows the musical well, though certain aspects that had always confused me in the musical became clearer in the book (specifically the “put your hand to the level of your eyes” thing, which I’d previously never understood). I would give this a C+. Maybe next year I’ll try something by Poe. 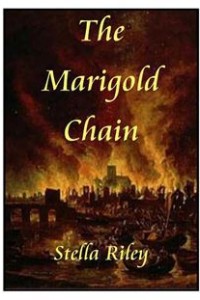 The Marigold Chain by Stella Riley

Another Daily Deal. I was hopeful going in, that I’d find an older-but-new-to-me author who apparently wrote historicals set in unusual eras. But the writing didn’t really work for me – the prose felt overwritten and positively stuffed with adverbs. Characters were forever saying things acidly or placidly or archly or laughingly or dryly. It was just too much for me. The plot was one of those unlikely-but-familiar-to-romance-reader stories: the hero drunkenly wins the heroine in a card game. They enter into a chaste marriage of convenience because reasons. She’s youngish and piquant; he’s a soldier about 15 years her senior, somewhat grizzled and cranky. She reforms him by being so darn cute and capable. My grade was a C; unless I get a really good rec, I probably won’t try Riley again. 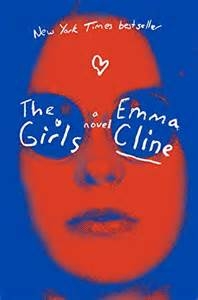 The Girls by Emma Cline

Someone gave this book to me – I believe it’s been on the fiction best seller list for a while. I wasn’t sure how to feel about it. It’s a loose retelling of the Manson Family murders from the perspective of a young girl who almost ends up going with the killers the night they slaughter five people (including a young boy). It’s not *just* about that – it’s also about adolescence and gender and the peculiar tensions between suburban normality and hippie counterculture in late 60s America. But the stain of horrific mass murder hangs over the story, both in the protagonist’s present-day rather sad middle-age (the event clearly and understandably haunted her life), and from her POV as a 14-year-old drawn into the web of the cult one lonely summer after her parents have separated. The story is very well written, and the prose is excellent, if overly larded with metaphor at times (they were beautiful, incisive metaphors, though). I felt for the main character, Evie, though I didn’t necessarily connect with her – she was too pathetic in present day and too much the heedless child plunging headlong into disaster in the earlier part. The Girls is a good book, so I’ll give it a B, but I found it so dark and depressing that I finally just finished the last third of it in one sitting because I wanted to be done with it. 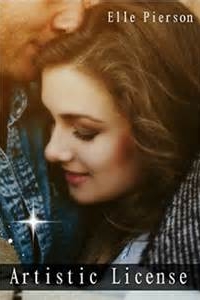 I’m pretty sure this was a freebie from somewhere; as of this writing it’s still only .99 on Amazon. The author also writes as Lucy Parker, whom I’ve heard good things about. Set in New Zealand (an unusual setting, at least for me!) this contemporary romance features Sophy, a shy and pretty young art student, and Mick, a security consultant whose looks are generally agreed to be somewhat brutish, even ugly (Sophy doesn’t agree). They meet at an art show where he’s providing security and she’s sketching; there’s an attack and Sophy is hurt. I honestly don’t remember too much of the plot; Sophy has a stalker and I *think* maybe some art is stolen. My book log indicates that I read this in December, so my lack of memory could indicate a certain disinterest in the story, but honestly my memory is so bad for plots these days that it’s probably more my fault than the book’s. I did note in my log that something about the writing style didn’t work that well for me; it just felt a bit too conversational and unsophisticated, in a way that I can’t fully articulate. The characters were pretty likable and compelling, though, so I gave this one a B. I’d try Parker/Pierson again. 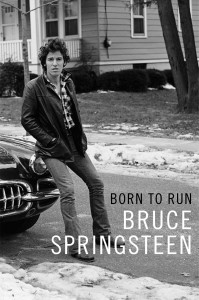 Born to Run by Bruce Springsteen

I’m a fan going back to 1984; my first concert was part of the Born in the USA tour (rather embarrassingly, I went with my parents). I’d read one bio of Bruce by another writer a few years back, so some of the details of his earlier life were familiar to me. For instance, he was virtually raised by his overly doting, smothering grandparents until they died when he was around seven; they allowed him stay up all night and to pretty much run things, which might explain how he came to be called “The Boss” as an adult. Other facts, like his father’s severe-at-times bipolar disorder, were new to me. (Fans know something of his father from his songs, but I always just thought he was depressive and possibly alcoholic, not manic and delusional.) Even in an autobiography, Springsteen keeps certain cards pretty close to his vest, at times out of respect for the feelings of others still alive, but also I think out of a natural caution and even distrust. Anyway, it all makes for an interesting if not entirely revelatory story. It was a B for me. 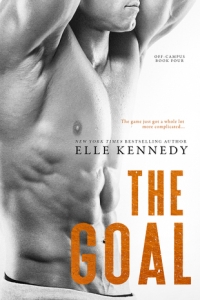 The Goal by Elle Kennedy

This last book in the Off-Campus series was typical of the series as a whole; very readable, if not always particularly sophisticated writing. The hero is ridiculously, almost-too-good-to-be-true likable. He’s balanced by a heroine who is more complex and very likable, even lovable, for her complexity. The Goal was reviewed here and is also on my best of 2016 list. I gave it a B+.