Last October there were many rumors than Google was going to pull the plug on its RSS delivery service, Feedburner.  I moved our email subscription to maillchimp and deleted any references to Feedburner at that time. Earlier this week, Google confirmed that Feedburner was getting the ax but also announced that it would be shuttering Google Reader effective July 1, 2o13.

For many, Google Reader was a way to compile RSS feeds of various blogs and sites in one location.  People are scrambling to find a replacement.  I’ll admit that I stopped reading Google Reader a few years ago in favor of gathering important links from Twitter and reading feeds via an app on my iOS called Flipboard.  But hundreds of thousands of people still use Google Reader.  Even more use applications, both web and computer and mobile, that rely on the Google Reader API (Application Programming Interface). Those will be dead as well.

By some metrics, Google Reader has millions of users but Google can’t seem to monetize the service sufficiently to support keeping the service.  Over 100,000 signature and climbing to keep Google Reader alive but thus far Google has been non responsive.  The danger of Google shutting down its various free services is that people will begin to doubt the longevity of its other products. Sure, search or Youtube isn’t going away but how about Google Docs or another Google service you enjoy?

The good thing is that where there is a void, an entrepreneur will step in to fulfill that void.  Interestingly Dropbox, a major competitor of Google’s for cloud storage recently bought the new and innovative email product Mailbox.   There are quite a few developers who are utilizing Dropbox’s API to create applications that interface with Dropbox’s cloud storage.

So what’s your alternative?  Based on a number of articles, here are what seems to be the best alternatives to Google Reader: 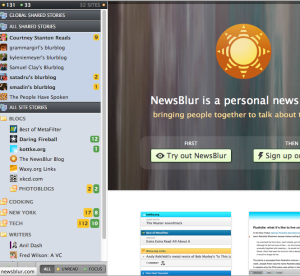 NewsBlur (Web * iOS * Android) .  There are free and paid versions.  The paid version runs $24 per year.  The web version includes a small sidebar that can open to display updated feeds from your favorite sites.  It allows for real time updating, sharing with your friends, and a learning feature where the program will try to hide the stories you don’t want and highlight the stories you do. 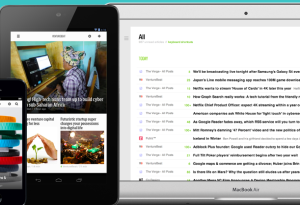 Feedly (Firefox * iOS * Android).  Free.  This is one of the favorite replacements for Google Reader.  The Firefox addition allows you to use keyboard shortcuts like the original Google Reader. Another great feature of Feedly is that it syncs across all platforms from the web to your  mobile device. 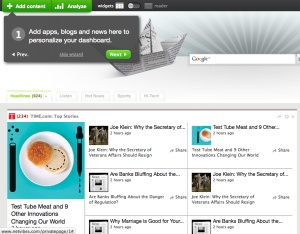 Net vibes. This is a widget based service and despite the intimidating front page, you can just get a free account to read the news. Basically you sign up for a number of widgets that contain the source information that you want to read/follow.  Lifehacker talks more about it here. Netvibes is more a customizable home page than a mere RSS feed reader.  It has a small learning curve but is also more powerful. 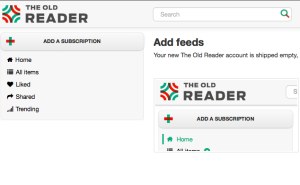 The Old Reader. This is a stripped down but fully functional RSS feed reader.  It’s first page says “Welcome to The Old Reader, the ultimate social RSS reader. It’s just like the old google reader, only better. We’re in beta right now, but we’re constantly working on improvements and new features.” Like feedly, you can use keyboard shortcuts and you can also share, organize, and save your favorite articles.

As for Mailchimp, I’ve really enjoyed using it but there is also a learning curve for that.  What’s the mailing list for anyway?  If you don’t want to come to visit Dear Author on a daily basis, you can get a daily email setting out the posts for the day. You’ll still have to visit to read the posts, but it gives you an idea of what is going on.