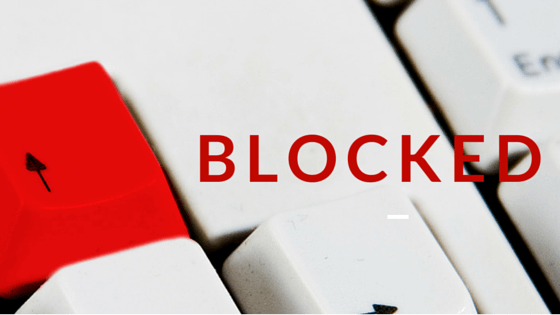 I was all set to write about ad blockers in iOS. I downloaded and set up two of the top rated ones, Purify and Crystal.

So far my review is short. They were both easy to set up and easy to configure to the extent there was any configuration necessary. So, how well do they block?

Well, I am seeing more ads than ever on my iPhone.

Am I doing it wrong? I must be, right? It’s not like Apple would tell developers how to hack around it. Or that Google would suggest to its developers that they do so. However, despite the ads I’m seeing, these apps do more than (allegedly) block ads.   They block some tracking as well. Adobe has an interesting blog about the subject by the way.

Advertisers Are Why We Can’t Have Nice Things

Wired has a fairly typical take:  which I sum up as “oh my God, we can’t track you and make your life hell.”

To which I reply, “You people didn’t play nice. Too [expletive deleted] bad.”

Other Internet observers have pointed out the same thing I noticed about these objections to ad blocking. I think I summarized the consumer point of view pretty well. The Internet is so full of horrible disgusting, annoying, and malicious ads that users are desperate to make it stop. I know from running various website content blockers that it is true that pages load faster without all the dozens of scripts and other elements that are loading first. But that’s almost not the issue.

I have. I have, in fact, been shown ads that made me click. Boy, I hate to say this but here it is, that’s mostly been on Facebook where it is possible to create highly targeted ads. Amazon upsells me all the time. And I am happy about that, happy.  I have cool stuff that I want and wouldn’t have known about otherwise.

Pro Tip: It’s not really a mobile theme if I have to scroll horizontally or vertically in order to read content or fill out a form. I have abandoned dozens of carts the moment I saw there was no PayPal button. I have to be highly motivated indeed to attempt to use a  “mobile” site to purchase something. So, advertisers, instead of complaining about ad blocking how about you fix that?

Let’s talk about sites with text so small you can’t read any of it. And you can’t make it bigger.

The real issue is that users have said enough. We’re not just asking politely anymore. We are shouting it. And it’s your fault. You didn’t police yourselves and nobody did anything to rein in the bad actors.

I actually wouldn’t mind being shown ads that don’t make me cringe or were at least relevant to me or the site that I’m on. I would be ecstatic if all those trackers and beacons and pixels were not being used to amass and resell a dossier on me. How about you stop reselling my information?

I would like for you to have mobile themes that actually work on a mobile device. I don’t want to see gifs, ulgy, horrible line art, or ads for insurance or vitamin supplements that are anything but.

If your ad relies on lies and deception, you need to get the hell out of here. Seriously. If that means the good guys set up an environment where deceptive ads are not allowed, we’re all better off. Otherwise you get ad blockers, heavy-handed legislation, and no sympathy.

To all the fine people making ads, I say, work a little harder. Don’t be evil.