I want to talk about returns but I always do a Holiday Gift Guide and Black Friday roundup so returns will need to wait until next week.

Of the following deals, I think the Lenovo and the MS Surface RT are probably the best deals. I don’t love the Surface but I bought the Surface pro.  The Surface RT comes with Microsoft Word so at that price, it might be a good mobile device for Word documents.

Tiger Direct will have some great deals on Android devices.

For the iPad fans in your life, I really love this keyboard from Logitech

. It attaches via the side magnet and allows you to put the iPad in both portrait and landscape. The keyboard acts as a protective device for the screen. $67.13 For the Android fans, Logitech has a nice keyboard for you as well. Because of the varied sizes of Android devices, the keyboard doesn’t attach but it does come with a case that serves as a stand. $57.95 For people who have cars and need a holder for their phone, I love the iOttie. Ned and I each have one. A spring mechanism holds the device in place and you can turn it nearly 360 degrees and at several angles.  It’s perfect for GPS or just holding it in place while you charge it.  Don’t be worried that it attaches via suction. Mine has stayed on since it was installed last year. Plus, it’s cheap at $16.99. Want more stylish headphones? I saw these via the Grommet newsletter earlier this year. It’s a necklace that also serves as headphones. “The necklaces are made with lightweight wood, resin, plastic and glass beads, and each has a discreet built-in microphone for hands-free talking. A magnetic clasp is easy to operate and strong enough to keep the necklace securely and comfortably in place.” $37.99 I am always looking for a good charge cord for my devices. The Charge Card

started out as a kickstarter and is now in full production. Basically it is a charge cable (ONLY) that is the thickness of two credit cards. The next time you are low on power, pull this out and look for a USB port. If you want the iPhone 5/iPad Retina/iPad Mini, you’ll need to order direct from the manufacturer and be prepared to wait. They are back ordered by 2 weeks. I ordered two. One for myself and one for Ned. Don’t tell him. $25 You can pair that with the PowerTube. This barrel shaped charger fits in your hand and can get lost in your purse but that means it is nice and portable. Plus, colors. $39.95 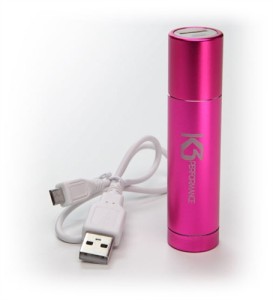 Another Apple oriented product that started out as a kickstarter is this special screen protector. The screen saver is supposed to be impact resistant AND fingerprint free.  $25

The Scratchproof layer provides a hardness of 3H. This effectively protects your touch screen from keys, coins, pens, and even your cat. Oleophobic coating technology keeps the Rhino Shield free from fingerprint smudges whilste being smooth to touch. We wanted to create a superb user experience in terms of the texture of the film.

Rhino Shied not only stays free from fingerprints but also does not alter how you would expect your touchscreen to feel. Our oleophobic coating is like others by repelling oil and fingerprints. When Berkley was promoting Sylvia Day’s Crossfire series, they sent out cufflinks similar to the ones on the cover of Bared to You.   A crafty tech designer on Etsy is producing USB cufflinks.  Only one of the cufflinks is functional but you get 8 GB in one. $37.99 For the nerdy (or intellectual bad ass as I saw on one t-shirt), how about this upcycled PlayStation controller complete with a USB port? A low tech but high charm gift for your favorite reader could be a vintage book wall clock.  Contact the maker for a price or check out these Etsy creators. 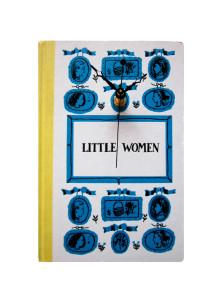 Have a great holiday and we’ll talk returns next Sunday.