Updated: the new commenting policy is explicitly stated above the comment box and an elaboration can be found here.  The comments to this post are closed. If you have concerns or isssues with the commenting policy, please address them on the new Commeting Policy page this way the concerns and issues can be centralized in one location for ease of future reference. 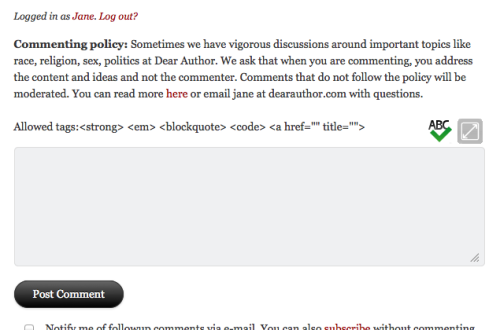 Last year in March I made an announcement regarding comments because we had an increase in sock puppetry.  This year, it seems like we have had an increase in incivility.  I’ve always tried to operate that the best cure for uncivil speech is more speech per Justice Brandeis in his concurring opinion in Whitney v. California, a 1927 US Supreme Court case.

“To courageous, self-reliant men, with confidence in the power of free and fearless reasoning applied through the processes of popular government, no danger flowing from speech can be deemed clear and present unless the incidence of the evil apprehended is so imminent that it may befall before there is opportunity for full discussion. If there be time to expose through discussion the falsehood and fallacies, to avert the evil by the processes of education, the remedy to be applied is more speech, not enforced silence. Only an emergency can justify repression.”

But on some days, even I, the blog owner, hate reading the comments here because it is full of vituperative statements.  I want robust debate here but I want us to respect each other as well.  Unfortunately, there is distinct lack of respect going on that is chilling honest discussion.    Therefore, so that I can enjoy reading all the comments at my own site and others won’t be afraid to come here, I’m instituting a new policy.  If your comment is deemed unrespectful it will be “Shushed”.

As a human myself, I am bound to make mistakes. I will miss comments that should be marked and mark comments that shouldn’t.  My own frailties as a person is why I never wanted to be much of a moderator but in order that Dear Author is a fun and lively place for everyone and not just the tiny few who don’t mind slinging arrows at each other, I’m donning the role.

Please feel free to help me out by emailing me whenever you might see a comment that is objectionable. I’m not going to catch them all.

→ Jane
Previous article: REVIEW: Children of Liberty by Paullina Simons
Next Post: The Science of the Glom