My First Sale by Jill Myles 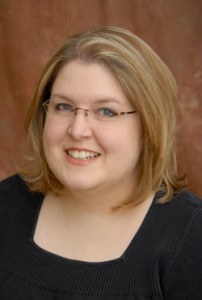 Welcome to the My First Sale series. Each Monday, Dear Author posts the first sale letter of bestselling authors, debut authors, and authors in between. Jill Myles debut book, Gentlemen Prefer Succubi, is in stores now. You can read an excerpt here or visit her at OddShots.com.

When I first started writing with the intention to publish, I did not know  anything about publishing. I didn’t even know how to write a proper query or what a synopsis was. All I knew was that I was going to rock the  book  world, baby! I was a genius, and surely it would not take too long for everyone else to figure that out. Someone I knew from an online writing forum had just sold a book to Luna, Harlequin’s new fantasy line. What a coincidence! I’d just written a big fat fantasy. With shape-changers and a one-eyed hero and some world-building that probably didn’t make sense but would all be explained in book two of a seven book cycle-Not that I let things like that deter me! So I wrote my three page query letter and stuffed it in an envelope with my twenty page synopsis and the first three chapters of my 150,000 word opus. And I put a teeny tiny envelope in as the SASE, because they wouldn’t need to send it back to me. They’d take one look and fall in love. Right? Right.  Who needed to spend all that postage. Not me, budding publishing rockstar.

Yeah. Form rejection, 3 months later. They’d shoved all the pages in a big Harlequin envelope and sent everything back to me.

I was puzzled by the form rejection. What was wrong with what I’d sent? They published fantasy – I’d written a fantasy. HELLO.  I wasn’t going to let a little thing like  ‘rejection’  stop me, though.  I flipped through the package and noticed that the first two pages of the synopsis had coffee stains on them, but the rest of it was untouched. Okay, so they’d stopped reading at two pages in.

I could fix that.

So  I started asking around. And everyone that I asked pretty much choked on their coffee and pointed out that the proper synopsis is much, much shorter than twenty single-spaced pages. That one  page  was the ideal length.

That last novel  was something special in my mind. It was modern day fantasy, full of valkyries and a smack-talking horse, and dead people and it was unique. I loved it and NO ONE HAD DONE VALKYRIES YET. I was a genius. Stardom was at hand!

And then I opened the May 2005 Romantic Times Magazine and saw an article about Kresley Cole-who was writing a series on valkyries.

I admit it. I cried for 3 days. Kresley Cole – dream crusher. She’d stolen my idea.

After I had a nice long (3-day) cry, I got over it, and decided to query my book anyhow. I got lots of form rejections, but this time my package was better. A one page query, and a one page synopsis. A polished sample chapter or three. And I got really close, but no one wanted a funny, unromantic book about a modern-day valkyrie. Half the agents I sent it to didn’t even know what a valkyrie was (I bet they do now, though).

So I wrote another book. Another silly book, but this time a little sexier. About a gal who was transformed into a succubus and had not one, but two hot men. Another original idea! Badass = ME.

And then I saw that some  ‘nobody’  named Richelle Mead sold her succubus series. And then Jackie Kessler sold hers right after.

But I sent it out anyhow. Copycat, shmopycat.  I loved the book, and it was fun and maybe a little funny. It was the best thing I’d written, and I didn’t want to give up on this one just because someone else had the same idea I had.  And after some revising and rewriting-I had an agent.  Who told me that it was okay to write a story starring the same paranormal creature as someone else. Really! People did it all the time! (Novel concept, I know.)  And after some submissions and some waiting-it sold.