With republication, there are updating risks and rewards 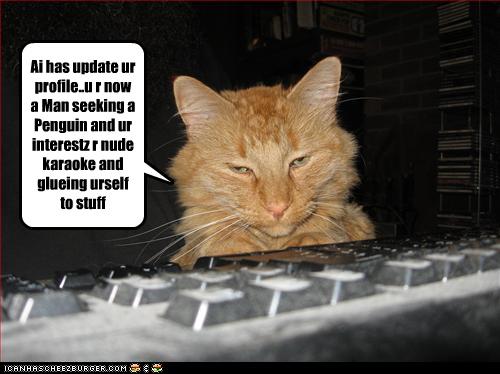 I was reading the Jennifer Greene books which are being re-released through Carina Press and I was struck by the small ways in which the book details were being updated. One character refers to text messaging another character. Another character was watching CSI and the kids were listening to Lady Gaga.   These Greene books were originally published in the 80s when CSI, Lady Gaga, and text messaging were in someone’s deep subspace, not having come to fruition yet.     I actually thought these were nice touches and that Greene was making good use of opportunities afforded through a republication.

But then I remembered the Harlequin release of its vintage romances and how these were changed to make them more palatable for modern sensibilities.

Now for the books: Remember, our intention was to publish the stories in their original form. But once we immersed ourselves in the text, our eyes grew wide. Our jaws dropped. Social behavior-‘such as hitting a woman-‘that would be considered totally unacceptable now was quite common sixty years ago. Scenes of near rape would not sit well with a contemporary audience, we were quite convinced. We therefore decided to make small adjustments to the text, only in cases where we felt scenes or phrases would be offensive to a 2009 readership. Also, grammar and spelling standards have changed quite a bit in sixty years. But that did entail a text edit, which we had not anticipated. AND, we had to clear those adjustments with the current copyright holders, if we had been able to locate them

David Rachels did a line by line examination between the original publication and the republished and sanitized version.   Many referred to Harlequin’s editing as Bowdlerization named after Thomas Bowdler, a 19th century editor who deleted sexual content in Shakespeare so as not to offend the delicate sensibilities of Victorian women and children.

I thought about Charlotte Lamb’s books, some of which contain some very egregious rape scenes between the characters. While I’m not a fan of rape in romance, I think that to rewrite these books as if this wasn’t a frequently used trope in the genre’s history does the readers a disservice. Lamb’s books are a fascinating read from a historical perspective. I felt that she really struggled with the changing landscape of women’s rights and how that was impacting the interpersonal relationships between men and women. Deleting or rewriting books like Dark Dominion would take away some of that history; distort the picture of the author.   Charlotte Lamb’s daughter writes:

Someone once left a comment on this blog criticising some of Charlotte Lamb’s early books as sadistic and unpleasant. I thought at the time that this critique was unfair. I am no longer quite so sure. However, that is not to say that I disapprove of these darker Lamb stories, or feel they ought not to have been written. They were immensely popular at the time of publication, and still make dynamic reading. Which suggests that they answered some kind of need in the mind of the reader, just as James’ fierce lovemaking above answers a similar, unspoken need in Caroline.

The challenge of republication came to prominence in literary fiction publishing with the news that New South would be republishing Huckleberry Finn but deleting certain words like “nigger.”

In the new version, all instances of the N-word — which appears more than 200 times in the original text — have been expunged. In its place, the book employs the term “slave.” (“Injun,” a derogatory term for Native Americans, will be replaced by “Indian.”)

For some reason I read The Swiss Family Robinson to my daughter.   I had forgotten a) how poorly written this dreck was (mounds and mounds of exposition) and b) how horribly colonistic is was and c) how racist it was. I found myself deleting words and replacing words as I read to my child.

Updating is a particularly thorny issue.   As the Politics Daily writer stated,

In short, the N-word isn’t just a piece of regional jargon that marks a particular moment in our nation’s history. It’s a hateful word. It’s poisonous. And it’s pervasive. Does all this mean that in the future, children should only consume the kindler, gentler Huck Finn 2.0 that Gribben and Co. are peddling? I’m not sure. But this issue certainly isn’t as black and white, so to speak, as some critics are making it out to be.

I emailed Jennifer Greene for her take on the updating situation as she has updated her books.   Her response was great and I asked (and received) permission to repost the response in its entirety.

I just finished working on all 5 of my “Jeanne Grant” Berkley books from the ’80’s for Carina Press.

I loved how they handled the updating–the editor made a comment where h/she thought an area needed updating…made a suggestion on how to work with it…and then left the change up to me.

In one story (Sweets to the Sweet), the heroine had a baby.   The editor didn’t ask for changes, yet I noticed where the baby issues had changed–babies were ‘supposed to’ sleep on their tummies back then.   “Playpen” has become an antiquated word; car seats are now only located in the back seat, etc.

That particular area of changes was a reminder to me that a good book always takes two–the writer and the editor.

Those editing experiences made me more aware of what I’m writing now.   In past books, I often named a brand of car, a color scheme, a clothing style.   I always thought it helped the reader ‘see’ the characters and setting if I used specifics.   To a point, I still believe that….but from editing those books in the ’80’s, I also realized that naming a car like a “Pinto” is all but guaranteed to date a book.

Even colors need handling with care.   The old ‘avocado’ green of the ’70’s likely still exists–but it may be called ‘olive’ green in more current times. Perhaps ‘bean green’ is an even safer description, because there’s no branding or temporary reference.

In the recent Huckleberry Finn controversy–speaking only for myself–I was totally against changing Mark Twain’s text. That specific book, if used in a classroom, should and could be used to examine the cultural and social beliefs of the times.   Removing the word doesn’t teach the young reader anything.   Part of why Twain is (and always will be) so wonderful, is that the messages he portrayed to the reader are still thought-provoking today.

Our language–our ‘book language’–has the intrinsic goal of reaching the reader.   Terms that interfere with that readability should get a second look.   Writers as well as editors should both be looking for that nature of problem–not to muddle with the author’s style or voice, not to arbitrarily change an author’s choice–but for both sides of the team to seek the same goal:   clear, clean readability.

What do you all think?