Why I think price promotions backfire. 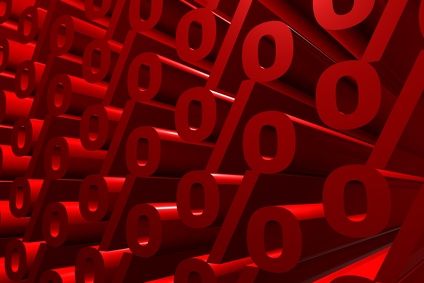 In the early days of digital publishing, free was one of the most powerful tools that could be used to elevate the profile of a book.  In a self publishing world, the price is probably the number one promotional tool of an author.  But is it still working?

A few on the Kindleboards have reported more diminished success with Bookbub, a newsletter that broadcasts sales and freebies to an audience of hundreds of thousands of subscribers. I’ve come across a couple of author posts that suggest that free and even 99c promotions aren’t working as well as they might have in the past even though promotional pricing is more popular than ever.

One of the 99c successes was Rachel Van Dyken’s The Bet. It sold over a hundred thousand digital copies, was a #1 NYT Bestseller, and the author was rewarded with a major deal from Forever. (Major is seven figures).  The sequel to The Bet was priced at $2.99.  And despite what seemed to me like a low price, The Wager, sold moderately well the first week and in the third week, the price was dropped to $0.99 and while it showed up briefly on the Times list, it wasn’t within shouting distance of #1.

To me that confirmed my own reading habits of buying and then hoarding at 99c. At some point, I wonder about the 99c efficacy. But price promotions like this will continue unabated.  Even more stingy publishers like Random House and Penguin have started discounting the first in a series to promote an upcoming book and readers are beginning to learn the signs. A recently reduced book signals a new release.

But as more and more books are being discounted including ones by big publishers are discounts teaching readers to wait and diminishing the likelihood readers will take a chance on full priced books by new authors?  In other words, is a discounted book the only way to introduce a new author?

Two of my favorite reads of 2013 are Stir Me Up by Sabrina Elkins which is priced at $1.99 and The Last Hour of Gann by R. Lee Smith priced at $6.50.  I’ve never read Elkins before and indeed Stir Me Up was her debut.  I had read one other Smith before but while the writing was excellent the subject matter was difficult and everything I’d heard about her other books suggested that they weren’t for me.  Yet I didn’t hesitate to pull the $6.50 price trigger after receiving a couple of recommendations for this book.  And frankly I didn’t hear much complaint from readers who went on to buy the book. Was it because The Last Hour of Gann is something like 900 pages and over 400,000 words and thus readers felt that they were getting their money’s worth?

I wondered, though, if more people would take a chance on lizardman if he was priced at $.99.  It may be that they’d buy the book but not necessarily read it. You don’t buy a $6.50 book and stick it in the back of the TBR pile.

During my last podcast with SB Sarah, we talked about pricing and bundles. In recent weeks, we’ve seen the loyal fans be punished by post release sales. Often (but not always) the sale is triggered by a retailer. Because Agency pricing has been eliminated for a couple of years, retailers are free to reduce the prices of any book in its catalog. Google has been playing with price and Amazon price matches.  This has resulted in current releases being discounted from $7.99 to sub $5.00.

As I related to Sarah, I was burned by buying a self published book on release day only to see the price reduced four days later. I was upset, returned and rebought my book at 99c.  I’ve also noticed that almost every self published author has their book on sale at 99c at some point. I do a lot of impulse buying and have bought books at $3.99 and then not read them right away.  Now, I’m trying to remember the books I’m interested in so I can buy them when they go on sale.

That’s right. I’m not even buying at 99c because I don’t have any confidence in these prices. One self published author (actually a writing team) has declared that their opening price is $3.99 and that the regular price will be $4.99 for their books.  This way readers can be confident about their purchase. Early readers are rewarded with a lower price.

I do think that’s the smartest marketing technique. Readers are encouraged to buy right away, thus gaining in velocity on the retailer lists.  Further, early readers – the most loyal ones – are rewarded with the lowered pricing.  Pulling down the price of a book within days or even weeks of a release can really serve to do worse for an author. It punishes and annoys the loyal reader while doing very little to gain a bigger readership.

For indie authors, yes, pricing at 99c can shoot the author onto a list but indie authors are not as prevalent on the bestseller lists these days. It might be because this is the season for the BIG BOOK. Publishers always put out their big books in the fall hoping to capitalize on the holiday buying season.  Lists appearance does very little to enhance an indie author’s viability. Appearance on the Times, for example,  primarily helps only the print authors.

Many indie authors see no recognizable boost in their sales post list appearance and having NYT and USA Today Bestseller on an author bio doesn’t really mean that the next book is going to be a big seller.  There’ve been plenty of indie authors with those credentials who’ve seen their subsequent books sell less than a newcomer with no name recognition.

As much as I like a deal, I don’t enjoy the feeling that I’m getting shafted by being an eager reader. If retailers, authors, and publishers want to teach readers to wait to buy at the lowest possible price then coming out with a higher price only to lower it within days or weeks is the right way to do it.

Obviously that’s not a very good pricing strategy but that’s currently what is happening.  Perhaps the loyal reader only makes up a small portion of the overall buying audience; but it’s the loyal reader that you want to foster because they are the ones who are helping the author’s book gain visibility.

Those on the pricing side can use price promotions to drive sales, but to do so at the cost of alienating loyal fans for not much long term gain seems counterintuitive.