Why Are We So Hard on Other Women? 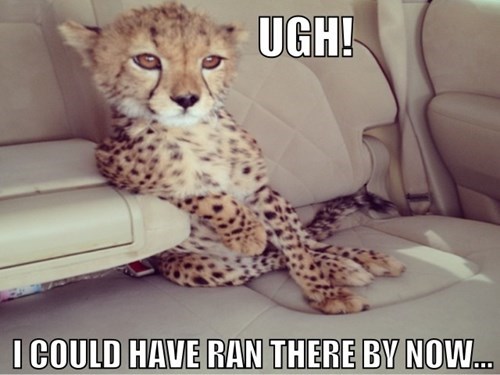 Generally speaking, women are judged harshly by other women and men are offered far more lenience. I submit this is for two reasons. Wanting to be in control of a woman’s own outcome and familiarity leading to contempt.

Wanting to be in control of one’s own outcome

One type of case I tried in private practice was the misdiagnosed breast cancer case. When we first started trying these cases, the common wisdom was to get a juror who identified with your client. So around the country, lawyers would try to end up with a jury weighted with women the same age, demographic, ethnic background as their client. And around the country, these cases would be lost time and again.

Juror consultants, psychologists, forensic anthropologists were pulled in to conduct focus group after focus group and we learned one thing. The worst juror for your client was one who identified with her.

The takeaway may be that women are harder on other women; that they refuse to cut other women slack; that they kind of hate women out of jealousy.

But the reason that the worst juror for our young moms with missed diagnosis was another young mom wasn’t that she disliked our client, but that she identified too closely with her.  The female juror would not want the negative end result to happen to her and thus she couldn’t allow herself to find that there were mistakes made in the medical profession. That would make the world too dangerous for her, too out of control for her.  So she would impose sometimes impossible expectations on the client. If the client had only gotten one opinion, she should have gotten two. If the client had gotten a second opinion, she should have gotten three.

The onus was on the client to discover her own cancer (that even her doctor had missed) because that was the only way the female juror maintained control over her world.

I recall these lessons every time I would come across the victim blaming that occurred for girls who got raped. For instance, the young woman from Stuebenville.  There was many a person, man and woman, who found that the victim should have prevented herself from being raped.  The men say this for the same reason that women do – for emotional distance.  Men might be afraid that they have done something offensive in the past. Oh, not raped a girl but taken advantage of her when she was drunk or maybe even wanted to.  Women want to believe that so long as they don’t place themselves in the same situation as the victim, they can avoid bad things happening to her.

When it comes to romance books, if some female character does something that nets a bad result, we are impatient with her because we hope that in her circumstances, we would have made other choices to effectuate a different outcome.

There is a psychological maxim that is the opposite of what happens in the first example and that is the more you know about someone, the more that you like them so long as they have interests and beliefs similar to your own.  But some studies have shown that the more information you know about someone else, the less you like them.  In Less Is More, Dan Airely of MIT along with two others, presented a study that suggested the more information received about a person, the less that you like them.

Benjamin Franklin proposed that fish and visitors have something in common: Both begin to stink after 3 days. The present
research offers empirical support for Franklin’s quip. The more people learn about others—and anyone who has had houseguests
knows all too well how much one can come to know in a short time—the less they like them, on average.

Women start out “knowing” women intimately. Men are far more ambiguous and therefore are still mysterious wondrous creatures.  Women, because most of us are women, view the female characters with a jaundiced eye, perhaps already pre-judging them before the book is even opened.

In the most recent release of Kristen Ashley’s book, Fire Inside, Lainie is described as someone who’d “create a scene when the diet cherry 7Up she was pouring fizzed over the top of the glass.”  To me that is hilarious. I don’t really have anyone in my life on a day to day basis that would be upset about the way her soda is poured so I found Lainie endlessly entertaining.  I know a lot about lawyers, however, and I have expectations for how both genders should and should not act and I judge them according to my own standards.

We are sensitive to how these characters are portrayed and how their portrayal reflects back on us.  Thus a TSTL heroine reinforces certain negative gender stereotypes that we chafe against.

The extreme romances that Robin wrote about a few weeks ago work so well for me because the characters are often bordering on caricature.  While relatable in many ways, they are still awfully foreign and their ambiguous nature leads me to like them for their “quirkiness” or, in other words, behaviors about which I am not entirely familiar.  Within the confines of a motorcycle club or a werewolf pack, different attitudes  and decisions make sense within that particular paradigm whereas they may not if executed by a person in a different, more normal circumstance.

→ Jane
Previous article: Daily Deals: Movie stars, vulnerable women, and a maestrom of intrigue and murder
Next Post: Tuesday News: STDs on the rise for a surprising part of the population; Book scanning coupon; Sourcebooks to distribute Xcite books