Why Amazon’s Explanation Is None At All 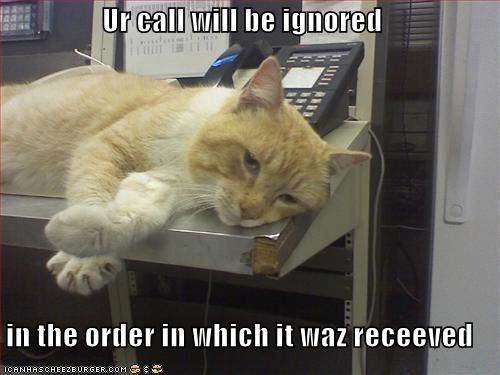 I worried that this would happen. Amazon offers up some plausible excuse – oh my it was an overzealous cataloguing error – and everyone assumes that this issue is over. But it’s not over, or at least it shouldn’t be, because the #AmazonFail episode is an example of how easily one company can make content essentially disappear from consumers.

Between the 2 year span of 1999-2001 Napster enabled millions of music lovers to download their music and started a revolution that changed the music industry forever. Instead of adapting to this, the music industry fought it. Taking advantage their ignorance and lack of initiative, Apple stepped in and grabbed a hold of a huge majority in the digital download business.

With market share comes power. Apple dictated to the music industry how music would be sold (by individual song and not album) and for how much ($.99). This is the danger of that Cory Doctorow spoke of in his speech at the Tools of Change conference when discussing the Kindle’s DRM. To wit: cede control of your product to Amazon at your own peril.

So why does this issue of deranking matter now that Amazon has cleaned up its mess? Shouldn’t we just all get on with our business? No and here is why.

Point 1: This is not a one-off mistake. According to a post at Teleread.org, books with sexy content have been targeted by Amazon before. Craig Seymour, author of "All I Could Bare: My Life in the Strip Clubs of Gay Washington, D.C.," was deranked in February. When questioned about this, Amazon claimed that it was adult content being intentionally filtered out. On April 10, 2009, Mark Probst, noticed that Gay romance authors Erastes and Alex Beecroft’s books from Running Press were deranked. On April 11, 2009, hundreds of GLBT books, including Probst’s own book, The Filly, were deranked. Amazon gave Probst the same response that certain content was deemed adult and thus filtered out of searches and lists. On April 12, 2009, all hell broke loose when the Twitterverse picked up on the deranking of gay, lesbian, erotic and feminist books. But to be clear, this started as far back as 2008. It’s just now come to a head.

Point 2: Ranking has importance because ranking helps dictate visibility. Visibility is vital for sales. Most people in book selling will tell you that the best advertisement a book has is its presence in a store. This is true for online retailing as well. If you can’t find it, you can’t buy it. #Amazonfail showed us that deranking books based on publisher supplied metadata can remove a book from front page searches, book page searches, suggested reads lists, and bestseller lists. #Amazonfail showed us that Amazon can internally tweak algorithms to place the content that it desires at the top of the lists.

Point 3: Centralized power in one hands will adversely effect creative content. (see e.g., my post from last week). Essentially we are trading in one monolith (Wal-Mart) for another (Amazon) and with Amazon we can now see how easy it is for the content visibility to be manipulated. Many people have complained about Wal-Mart’s influence on publishing. There is no reason that Amazon won’t attempt to have the same kind of influence so long as it is maximizing profit.

Point 5. Words without action have no meaning. While it is true, to some extent, that Amazon can sell whatever it likes consumers have those same unfettered choices in their book buying decisions. Yes, Amazon makes it incredibly easy to buy books at its site but at some point, consumers can and will get fed up enough to take their dollars elsewhere. Dear Author is going to start working with IndieBound even though Amazon Affiliate dollars is the only income that DA earns. I know that SmartBitches will be doing the same although it represents a pretty significant financial loss to them.

Point 6. Readers cannot be the only ones to act. We have limited power, notwithstanding the awesome response that the Twitter community wrung from Amazon. Publishers need to start getting their act together, providing social platforms for readers along with easy, convenient ways to order books at a discount direct from the publisher. Booksellers, both independent and chain, have to do a better job of serving the customer online and in the physical stores by pricing its books competitively and making it easy to shop. Authors need to be mindful of whom they are supporting on their own websites.

No change is completely painfree. Moving away from Amazon isn’t a decision that is made lightly and it’s completely understandable if a reader/author/publisher does not but idling down* (Larissa Ione) after Amazon gives a half assed response won’t effectuate positive change. In order for Amazon to right this situation it must do the following:

(b)   Explain how one is notified of their book being filtered by the adult policy so the author can challenge it.

(c)   Apologize for targeting gay/lesbian/sex/erotica/erotic books unfairly and promise that it will not do so again.

*I’m borrowing the phrase “idle down” from Larissa Ione’s books. I’m sure she didn’t invent it but hers was the first place I read it.