When I bought your book, I didn’t sign up to be your beta reader 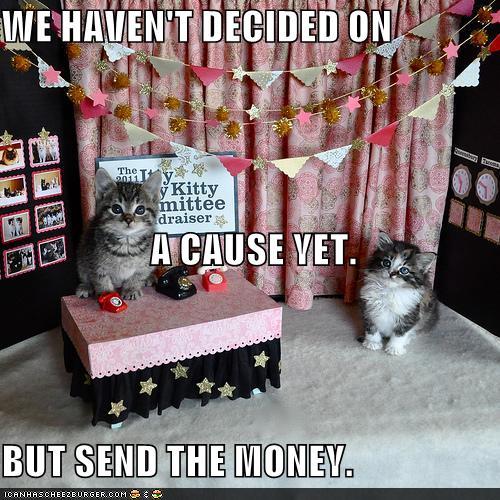 [NOTE: I originally posted this at my personal blog, VacuousMinx. Jane thought it was a topic that Dear Author’s readers might find interesting, so she suggested we repost it here.]

Robin has a thought-provoking post up at Dear Author on reader expectations, book quality, and the dearth of multicultural romances. Only she could make those topics hang together and work in one post, and not surprisingly, there are a ton of comments. In it Robin quotes a section from my recent post on the published first draft. That post has gotten a lot of hits and comments and retweets, which surprised me a little. Clearly it struck a chord.

I recently ran across a published-first-draft problem that I hadn’t encountered before. I hope I never encounter it again, but somehow, I have a feeling that this is just the beginning. I bought a book by a new-to-me author which was recommended by a friend. The sample was fun and the book was only $2.99, so I purchased, downloaded, and read on. The story hook is unusual, the historical research is miles better than many traditionally published books, and I really like the voice. There are a number of small errors in it, which is pretty common in self-pubbed books and increasingly common in epubbed and trad pubbed books as well, and the first half of the book is much better than the second, for a variety of reasons. But I mostly ignored these niggles because I was enjoying the read.

I was curious about the author, so I went to check out the Goodreads reviews of the book, and I ran across this comment in a review by a reader who was recommending it to her GR friends:

This first-time author has taken the trouble to respond to several of the [Amazon] reviews, thanking the reviewers (gasp!), and agreeing with some of their criticisms (gasp! gasp!) … Miranda Davis has written a very good book here. I commend her for wanting to make it even better, and it’s in that spirit that I offer this review.

I wondered what she meant by “wanting to make it better.” The book is done and for sale, after all; I bought it. The next book could be better, but how would this one change? I went over the check the Amazon comments, which I hadn’t seen because I’d bought it from Barnes & Noble.

The author commented on several of the reviews. She was polite and receptive to the criticism, thanking the reviewers and taking the comments seriously. As the GR reviewer said, a refreshing approach. But a few sentences in her responses to several different reviews really jumped out at me:

I wish I had earned a fifth star but I understand what you’re saying. In fact, I’m revising it to realize what I intended more fully. It’s almost ready to go live in place of current version which I agree slowed a bit.

More errors, more my bad, now fixed. Storyline decisions some of which I address in revised, some not — by choice.

you should be able to get it by removing the old from your device and retrieving it from your archive (New will have 34 chapters).

The benefit of being self-published is that I can review and revise as I see fit … If you would care to be a reader of the next before I publish it, let me know via the email in the `about author’ section. I would appreciate your unvarnished opinion when I get it done. I’m a struggling writer working in a vacuum. If you’d like to help, let me know. I may not agree with you on every point but I know I will be a better writer for it.

At that last comment (which was made in response to one of the earliest reviews of the book), my jaw dropped.

Let’s leave aside, for the moment, the whole issue of authors responding to reviews at Amazon, Goodreads, etc. I don’t like it (I don’t even like it when authors “like” reviews on GR), but I know other readers feel differently.

I also realize that many times it is a great advantage for authors and publishers to be able to substitute new versions for ebooks. When Neal Stephenson’s most recent book was released, it was embarrassingly rife with errors in the Kindle edition. The publishers were  quick to swap out the original and put in a corrected version. It’s much easier and cheaper than having to pull physical copies and do a second run, as HBO is discovering with Game of Thrones right now.

Some readers, clearly, like the idea of an “interactive author,” as the GR reviewer quoted above put it. And sometimes I do too. But not when it involves keeping track of the many hundreds of ebooks I’ve purchased, on the off chance that an author has decided to “review and revise” as she sees “fit.” I bought your book. I read your book. If you change it to make it better (in your eyes), I have to read it again to get those benefits. And at the end of that reread, I may not agree with you, which will not result in a happy reader.

All we need is for authors to decide that “selling” is just the first stage in an ongoing author-reader relationship, and WIPs will turn up masquerading as finished products. That way lies madness. In some ways it’s worse than the published first draft syndrome, because readers now have to be on the lookout for new! improved! versions of books, rather than treating the book as a finished product the author thought was in the proper condition to sell.

There is a great and funny and true line that gets repeated a lot online, about reviewer expectations for authors and the sense of entitlement some readers have:

George RR Martin is not your bitch.

Well, here’s a line about reader expectations for authors:

I’m your customer, not your beta reader.

I bolded that, just to make it easier to read. And clearer. And louder.

Oh, and one last thing. Authors, do not troll for beta readers in your Amazon reviews. It is not the place. Find a critique group. Join RWA. Frankly, I don’t give a flying fig how you find them. Just don’t do it in places whose purpose is to help me learn about books. I read BOOKS, not AUTHORS.