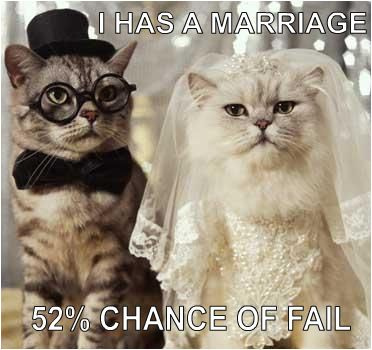 The arranged marriage is presented a bit more positively in Cold Magic by Kate Elliott as the female and male protagonists try to navigate their way around each other and their lives as they face the inevitability of their marriage.

In romance, however, I can’t think of a book in which arranged marriages are positively portrayed even though there are hints of it. For example, in the Loretta Chase’s Carsington series, the Carsington papa secretly finagle their sons into marriage. The whole subtext is that they are maneuvering in the background:

SOME HOURS LATER, after the bride and groom had retired to their assigned apartments, their eldest son joined Lord and Lady Hargate once more in the garden.

"Well, well," said his lordship. "It appears some unfortunate assassin got his head cut off for nothing."

"And the prodigal son returns triumphant," said Benedict. "Married. To Cousin Tryphena's brilliant and handsome young widow friend. The one with the handsome fortune." He smiled a very little. Smiles had never come as easily to him as to Rupert, and less easily still in the last two years.

"Tryphena will be delighted," said her ladyship.

"I had wondered why you sent him to Egypt, of all places," Benedict said.

His father merely lifted an eyebrow.

"Well, I am happy for him," Benedict said. "They suit each other very well, and naturally, the end justifies the means. At any rate, he's settled at last. Now you may give your full attention to Darius."

With that he took his usual distant leave.

His parents stood looking after him.

As I understand it, one of the basic philosophies behind arranged marriages is that the parents of the children understand them best and are thus able to make the best matches for their children. Some of the largest cultures in the world still observe the practice of arranged marriages.

3) Union not based on love.

Marriage of convenience tropes depend, primarily, on one party not having a good option to not marry. For example, in Madeline Hunter’s Rules of Seduction, the heroine is forced into destitution by the hero and he offers her marriage to “save” her. In Jane Feather’s Almost a Bride, the heroine is again driven to destitution by the hero and he marries her in revenge against her brother, to obliterate the family name. In other books, the hero will often blackmail the heroine into marriage. But arranged marriages? They seem to be a no no.

Romance already has a plethora of books that feature marriage not based on love, treating women as property (the women as paid debts for the gambler father or brother), and marriages when women have no other option than to sell themselves or to marry. So all the reasons that I could think of that are drawbacks for arranged marriages are already prevalent within the romance genre.

The publishing world is becoming smaller in that books that are written by people from other cultures and other worlds are already, or are going to become, readily available.   One of the reasons I’m excited about the penetration of romance in other world markets is because I hope to find new and different tropes or even new views on old tropes.

Are arranged marriages disliked because they are culturally foreign? Is it because the idea seems unromantic and if so, how does it differ from tropes that are already in the genre? Why is it often so villianized when marriage of convenience or blackmailed into marriage are not? Do you have a recommendation for arranged marriage stories?