What Does Bestseller Title Really Mean? 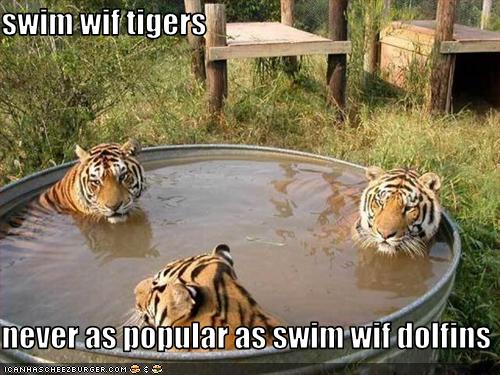 What exactly is a bestseller?

I had a reader email me and ask why a certain author had “International Bestselling Author” on her website and what exactly that meant.   There are authors who are now labeling their books “Number 1 Kindle Bestseller”. Publishers Weekly noted that Snooki’s A Shore Thing (which is categorized as a romance) only sold 8,998 copies yet made it onto the NYTimes extended list at 24.   Wall Street Journal reported that Laura Lippman’s book sold 4,000 copies on the week it was on the list. Some authors have USA Today Bestseller and others have National Bestselling author and now we have Number 1 Kindle Bestseller.

What does it all mean?

Let’s take it from the top.   Probably the best known and most prestigious list is the New York Times Bestseller List.   The list printed in the paper every Sunday is divided into the following categories: Hardcover Fiction, Hardcover Non Fiction, Paperback Trade Fiction, Mass Market, Paperback NonFiction, and Children.   There are additional categories published online.

The Times list is a bit of fiction. Began in 1942, the Times list is published every Sunday, but it is not based on actual sales.   How the list is exactly compiled is considered a trade secret but this is what is known.   The Times prepares a list of expected bestsellers (based in part on past performance and on wholesale preorders and what the publishers tell them should be on the list) and sends that list to the bookstores. The bookstores then rank the books and are provided space to indicate which books not on the list are big movers.   Perennial sellers are excluded such as Harry Potter books and Stephenie Meyer books.   (In 2000, NYTimes created a new list of Children’s books because publishers complained that the HP books were taking up too many slots on the list – 3 at the time).   This is great little article about how the list has expanded over the years.

There was once several thousand bookstores that reported back to the Times.   "The names of booksellers used for our lists are kept as secret as the keys to the crown jewels," said William Adler in a 1991 interview with the International Herald Tribune.   The Colgate Bookstore in Hamilton NY, Joseph Beth Bookstores, Powells are some major independents who provide data as well as the chain booksellers like Barnes & Noble, Borders, Books a Million and wholesalers.

The data is reported for a selling week that starts Sunday AM and ends with the close of business Saturday night. Monday and Tuesdays are spent obtaining the data from the reporting sources and tabulating the data (based on statistical weights to represent a national average of sales) and preparing it for publication. On Wednesday, the NYTimes Book Review makes its final rankings available to publishers and others for a fee.   One used to be able to obtain the list for $30 per month by subscribing to the TimesDigest but such a service was discontinued.

Because the list takes time to compile and the list is printed on Sunday after the data is compiled, Stanford professor and researcher, Alan Sorenson, notes that the list really reflects data from three weeks prior.   Alan Sorenson, “Bestseller Lists and Product Variety,” Journal of Industrial Economics, v. 55 n. 4 (PDF link).

Wal-mart sales are not included and it is unknown whether Amazon sales are or not.   Jackson Pearce, in this video, explains that on the Wednesday before the list is published, publishers must send two copies of each book they believe should be included on the list to the Times office.

According to Steve Wasserman, a former Book Review editor at the Los Angeles Times, the LA Times list was not scientific "one is almost tempted to call it [a] whimsical -‘ compilation." I think “compilation of titles that sell well” is a good description for the NYTimes list.

The bestseller lists actually identify only the velocity of the sale of the book rather than cumulative overall sales. This is why lay down dates are so important to authors. If the authors can capture most of their sales in one week instead of two, the book has a better chance of achieving bestselling status even if another author outsells them overtime.

Almost every book experiences rapid deceleration in sales after its release (this may change with digital books as some authors report to me to be selling their backlist titles at a brisk pace), according to Dr. Sorenson, bestseller appearance slows the deceleration rate of book sales. Books sell well soon after their release and then the sales taper off. For a bestseller, the sales taper off at a slower rate than a book not on the bestseller list.   However, bestseller list appearance means less for regular visitors such as Nora Roberts or John Grisham whereas, first time appearing authors might see an overall increase of sales by 57%.

Further degrading the reality of the NYTimes list is that for big authors, authors that appear on the list, almost half of book sales are digital these days according to the information coming from Digital Book World this past week. The Times is supposed to be planning an ebook list although it is unknown from what data it will cull and whether it will be mixed with the existing print book sales.

Digital sales are more transparent with real time bestseller lists provided by Amazon (purportedly comprising 60-70% of the digital market) and thus, over time, one would think the Times list would have to be more consistently based on sales rather than aspirational hopes of publishers and booksellers.

What about other lists?

USAToday list is one list that does include digital books.   According to the USA Today site, the newspaper collects sales data from bookstore chains, indies, mass merchandisers and online retailers (including Amazon) to arrive at a list of 150 bestselling titles.   Only the top 50 are published in the print version of the USA Today on Thursdays.   The internet list of 150 titles are available on Wednesday evenings.   The sales of all formats of one book are combined and the list notes which format sold the most.   For example, Karen Marie Moning’s Shadowfever was number 2 on the list, but the digital version sold more copies than the print version. It is said that USA Today list does not include Wal-mart sales.

Bookscan's list is a true point of sale measurement meaning that the actual sale of each book is tracked via ISBN from the reporting stores. Nielson claims to have captured 70% of the bookselling market as even warehousers such as Costco and Target report sales. Missing is the big one, Wal-Mart. My understanding is that Wal-mart sales cannot be tracked because Wal-mart doesn't scan individual UPCs of book (which has the ISBN) but it's own upc code marking the item as "book" or "Silhouette". Unless Wal-mart can be convinced to change its scanning system, point of sale measurements including one of the largest retailers of romance books is elusive. (I’d love to hear from someone else on whether Wal-mart sales are included in any bestseller list).

What do the designations mean?

Each publisher house has its own standard for when the moniker “Bestseller” can be imprinted on the front of a cover.   For some houses, the standard is to say “NYT Bestselling author of Book A”.   Some houses won’t allow authors to put the label on the book unless they make the print list of the Times or USA Today.   For example, there is an “extended” NYTimes list and if you make it on there more than once, a publisher might allow the author to put “NYTimes Bestselling Author” on the cover.In other words, at some houses, Snooki wouldn’t get to call herself a NYTimes Bestselling Author.

USA Today Bestseller is usually reserved for those authors whose books list in the top 50.

If an author is in an anthology that hits the NYT list because of a big time headliner, all the authors of the anthology get to put “NYTimes Bestselling Author” on their covers.

National Bestselling means that the book listed on either Borders, Barnes and Noble, or possible Books a Millions’ internal bestseller list.

Some authors are placing their own designations like “International Bestselling Author.” I asked one author what that stood for and she explained that at one time, she appeared on the Open eBook Forum (now IDPF) weekly list that was based on sales/borrows from eReader.com, Fictionwise, eBooks.com and Overdrive.

What other authors may be using as the metric for their “bestselling” status is unknown.

What is clear, though, bestseller lists mean something to readers and to authors. To authors, it’s a prestige thing and a sales thing.   Once an author makes it on the list, it’s hard to bump that author off in each successive publication.   Readers use the list to filter their purchases.   Why not go with what others have deemed worth purchasing rather than one of the riskier selections throughout the store? Further, those bestsellers are often cheaper, discounted by retailers at a higher rate than other fiction titles.

All bestseller lists do is capture, imperfectly, what books are high in the national reading consciousness.   The next time you see “bestseller” next to an author’s name, you might want to consider how flawed that status is and take a chance on a lesser known author. Who knows what gem you might find?

→ Jane
Previous article: REVIEW: The Seduction of His Wife by Tiffany Clare
Next Post: REVIEW: Delirium by Lauren Oliver