To Dox or Not to Dox: Who Decides 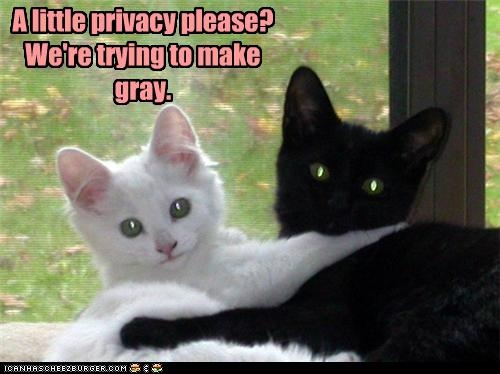 On Friday, October 12, 2012, Adrien Chen of Gawker doxed a reddit user who went by the handle Violentacrez. Violentacrez was a moderator of many of the seedy underbelly of reddit’s sub forums (called subreddits and denoted by the letter r with a slash – r/). From his participation in the threads, one could characterize him as a super creepy racist. Doxing is the internet term to describe the publication of personal information to harass, intimidate or publicize an individual.

The question that I present to you isn’t whether Violentacrez is a horrible human being. Instead the questions raised by Chen’s actions are when is doxing appropriate and who gets to make that decision.

If you don’t believe anyone should be entitled to be anonymous on the internet, then doxing is of no concern. In this case, Adrien Chen and his publisher, Nick Denton, made the decision that it was okay to dox Violentacrez. Nick Denton says in the comments that “we are believers in anonymity” and that the comment burners used at Gawker Media are designed to aid in preserving commenter anonymity. We have been strong advocates for anonymity here at Dear Author and I have kept the secrets of many commenters. We do this because we believe that women who write and read romances deserve to speak and write about their subjects without fear of reprisal from those who do not agree with the content of their material. Or the very same reason that reddit supports anonymity for their readers.

Different communities have different opinions regarding doxing. Reddit is totally against doxing to the point of protecting disgusting sites like creepshots and jailbait (the latter they shut down only after being called out by Anderson Cooper). Gawker is supposedly against doxing except in some circumstances. It is unknown where their line is. The question is who gets to decide who is creepy enough to be doxed or who is doing enough “wrong” to be doxed?

Harriet Klausner is a long time reviewer, at one point the “Time Person of the Year.” She gets truckloads of books sent to her house. Someone who has a hate on for her spent hours researching news articles and compiling statistics of reviews she has performed, and did a long post about where she lives, who her husband is, and who her son is and what his date of birth is. All to attempt to prove that Harriet Klausner is selling books that she is receiving from publishers. Based on information from at least one publicist and a buyer of those books, it is likely that these books are what is known as “finished copies.” Finished copies are actual final copies of the book that are sold in stores. They are sent as promotional material, either in follow up to an ARC or to remind you that the book is on sale.

Klausner isn’t doing anything illegal by selling these books. Like many established reviewers, she is most likely receiving those books unsolicited. Yet the combination of her many reviews combined with the fact that she sells promotional materials is sufficient for accusations of fraud and support for outing of personal details along with her family members. Doxing is often not just focused on the one user but members of the family. Violentacrez’s wife, stepdaughter, and son are all part of the expose. While in the Gawker piece, those individuals aren’t named, the mere identification of Violentacrez’s real name exposes his family members to the same scrutiny.

A reviewer who used her real name on an Amazon review and left her email address was doxed by a writer and former reporter for the Telegraph. Under the guise of his position as an author and not a reporter, and without revealing his position with the Telegraph, Jon Stock emailed the reviewer and asked her to remove one of the reviews she left. She agreed. He then decided to write up this experience under the headline “How I survived a literary online mauling,” and proceeded to refer to the reviewer’s home town, position, and place of business. He did not ask her permission to reveal the contents of their email conversation, nor did he reveal to her that he would be writing this article about her, until about an hour before it posted (as revealed by the reviewer in a comment to the article).

The Stop the GR Bullies site’s weapon of choice is doxing. Melissa Douhit, a self published author, targeted GR reviewer Wendy Darling, and revealed her real name, where she worked, who her husband is, and how many children she had. STGRB adopted this same modus operandi. Then commenters and supporters of StGRB site posted pictures of another reviewer, along with her mother’s name, her husband’s name, and her hometown.

There is one consistent thread that bring all the doxers together – they believe their targets deserved it. In the article I posted about human flesh searching, the advocates admitted that at times, human flesh searching made mistakes and innocents were harmed. That’s the problem with any type of justice system, even the legal one with checks and balances. But in the vigilante world of the internet, innocents are harmed regularly because innocent is a malleable term, its definition changing depending on the person wielding the weapon.

It’s not that doxing should never be done, or that perhaps in the case of Violentacrez that the good – getting creepshots shut down on reddit – doesn’t outweigh the negative.

The problem comes in who gets to decide whether the good outweighs the negative. t’s not as if Gawker Media doesn’t have its own hands dirty. The third site launched by Denton was Fleshbot, which, among other things, posts unauthorized celebrity porn pictures and videos (NSFW). Fleshbot was sold by Denton just a couple of years ago, but for a while, he was paying Fleshbot salaries personally until he could offload the site. Gawker posted pictures of Eric Dane and his wife and another woman in a threesome. Gawker has since removed the pictures, but not reference to them. We can argue that the pictures and videos are of celebrities and thus, what, that their private moments deserve to be shared and shamed? There are no checks and balances here. Nothing, for instance, that went on in r/jailbait was likely illegal according to the lawyer that Anderson Cooper had. Violentacrez asserts that any identifying information was removed and all the below 18 photos were removed immediately upon notice. Violentacraz also never posted anything to creepshots, although he did mod it. (I don’t know whether this can be verified because the creepshots subreddit was banned and removed – as it should be in my opinion). Lest it be said that I am defending Violentacrez, I am not. I think creepshots was a horrible little community and at least one of the victims there has not returned to school which VA certainly seems not interested in addressing. What I am trying to point out is that we aren’t relying on illegalities to determine whether doxing is appropriate.

In doxing there is no ability to redress or appeal. No disinterested parties. Adrien Chen, for instance, is widely known as a reddit hater whose greatest claim to fame there is trolling the reddit base pretending to be a leukemia victim who was in the last stages of the disease. Chen now claims that he only pretended to be a leukemia victim to troll the reddit users.

The moral of the story is that we don’t always (or maybe ever) know the true facts behind people’s actions, even when they may seem “obvious” to us.

Even in a court of law, it is hard to shake out the truth, even though that is the intent of a trial – to seek the truth. In all of these doxing cases, the truth isn’t sought. Instead, the verdict is predetermined and the actions are subsequently taken to justify the doxing. I don’t know where I come down on this. I just know that it is problematic.