The Vigilante Fantasy (or why sex is more wrong than violence) 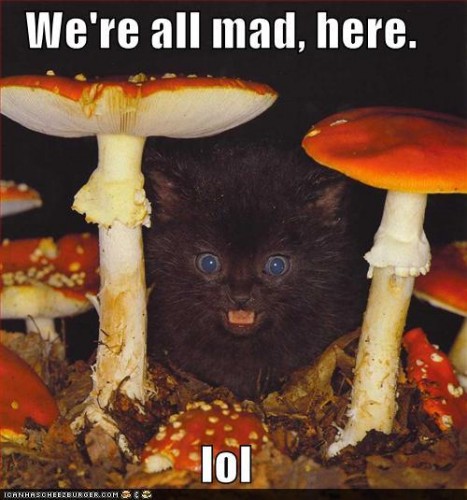 Notice: the comments below discuss rape and rape fantasies.

In Lisa Kleypas’ “Blue Eyed Devil”, Haven is brutalized by her husband.  He rapes her, beats her, and throws her out of the home.  When Haven confesses of her past to her new love, Hardy, he responds that he’d go after her ex and “when I finish, there won’t be enough left of him to fill a fucking matchbox.”  Haven responds that her ex isn’t worth going to jail for and Hardy replies:

“I don’t know about that.” Hardy stared at me for a moment, registering my uneasiness. His expression deliberately softened. “The way I was brought up, ‘he needed killing’ is an airtight legal defense.”

I love this contemporary trilogy of Kleypas.  Her tender macho men really do it for me and whenever I’m feeling in a reading rut, I pull out the trilogy for a re-read (I start with Sugar Daddy but at the point where Carrington is riding the zip line across the backyard which leads to a confrontation between Gage and Liberty because the Liberty + Hardy stuff always adversely affects my enjoyment of Blue Eyed Devil).  So I don’t mean to point out her books as being alone or iconic of this statement, it’s just that it is a line that has stuck with me.

In Creation in Death by J.D. Robb, Eve Dallas engaged in an action of vigilante justice. This bothered me because I always felt that Eve was the conscience of the books and her stance had always been to catch criminals and deliver justice within the confines of the law.  It may be that I overlayed my own personal fantasy (that the system always works) onto the books.  What I hadn’t worked out in my mind at the time was this concept of vigilante justice and how easily it is accepted by us readers.

In fiction, everyone is sure; everyone is certain. It’s how we can read the vigilante fantasy story over and over again without any twinge of remorse or discomfort.

When I was a young lawyer, the ABA Journal profiled Ronald Cotton (the entire article can be read here), a man who was convicted of raping a woman. It was the victim’s own eye witness testimony that put the rapist away. Only the man didn’t rape the woman. Indeed, after the OJ Simpson trial, the imprisoned man learned of DNA evidence and contacted a lawyer claiming that DNA evidence would prove the man innocent. Another inmate in the same prison had bragged about doing the crime as well. The evidence in the nine year old case had been preserved and the DNA testing came back and showed him to be innocent. He was released.

The rape victim felt horribly guilty about this. She was so sure that the man had been this rapist, sure enough to pick him out of a line up. Sure enough to testify against him under oath.  “Studies show that 75 percent of all wrongful convictions that are later cleared by DNA evidence are based on eyewitness mistakes.” (Source: Innocence Project).

There is no surety of guilt in real life.  But, isn’t that the glory of fiction?  The bad guys get caught and justice is served; whether it is at the hands of the criminal justice system or at the hands of someone in the book.  Indeed, if there is a villain and his wrongs do not get redressed, who doesn’t feel let down?  I felt that way in a recent Harlequin Superromance I read.

But the vigilante fantasy is embraced with unashamed verve.  Is there any among us who would really be reluctant to admit to a good vigilante fantasy?  That we don’t inwardly clap with glee with the bad guy gets his?  Killing is often treated with a certain blitheness.  The heroes enact the mantra “he needed killing” without any psychological remorse. *

Why is the rape fantasy judged by a different metric than the vigilante fantasy?  After all, neither exist in real life and both are true fantasies.  On the page, the rape is not real and the person doing the killing knows without a doubt that the bad man “needed killing.”

*This isn’t always true.   In one historical romance (the name of which I cannot recall) the hero is set on a course of revenge and it is slowly eroding his soul.  He truly cannot kill another man and still live with himself; yet, his thirst for revenge is so great that he feels guilty for even a moment of happiness.  Obviously, he is really effed up.